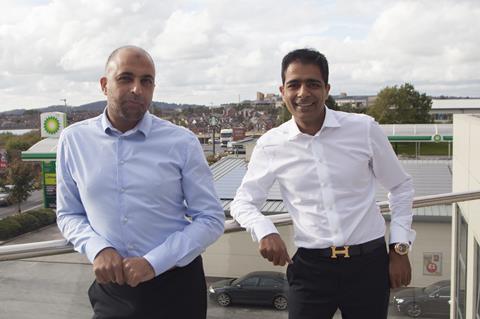 The new owners of Asda have set up an offshore bid vehicle that means the supermarket will be legally owned in Jersey. (The Times £)

Two billionaire brothers from Blackburn have been made CBEs a week after clinching a £6.8bn deal to buy the Asda supermarket chain from Walmart. (The BBC)

Unilever has vowed to proceed with plans to cancel its Dutch listing, even as lawmakers in the Netherlands threaten it with an €11 billion tax bill (The Times £). A top Dutch legal body said on Friday that it was probably not “legally sustainable” to levy a one-time tax on Unilever ULVR.L over its plan to unify management in a single London headquarters (Reuters).

Pork and poultry with “unacceptable” levels of salmonella and E coli are reaching supermarket shelves in the US, according to the preliminary findings of a study that may confirm the fears of campaigners currently fighting to ensure the UK’s agriculture bill will protect domestic food standards and consumers. (The Guardian)

Nine out of 10 EU citizens want their governments to ban the slaughter of animals that have not been stunned, according to a poll published today. (The Guardian)

Pizza Express is set to be taken over by its bondholders after a sale process seeking potential buyers failed to drum up a competitive offer. (The Times £)

Another lockdown would be the Government’s “biggest blunder”, according to the chairman of Ocado. Stuart Rose said there was insufficient evidence for another national lockdown and urged business leaders to get workers back to the office. (The Telegraph)

Poundland has bought a frozen foods chain as part of a £25m investment plan to create a thousand new jobs and broaden its product range. (The Times £)

The Hut Group is under pressure to beef up its board after listing its shares on the stock market. The online retail company is still to hire promised new independent director. (The Daily Mail)

Automated overhauls to a number of US-based Compass Group canteens are the work of Jordan Fisher, co-founder of Standard Cognition, a three-year-old San Francisco start-up that has developed a cashier-less checkout system that, unlike Amazon’s purpose-built Go stores, can, theoretically, be retrofitted anywhere, from an out-of-town Asda to a high street pound shop. (The Times £)

Britain’s hospitality industry has launched a legal challenge to stop government plans to force pubs and other venues to close to tackle a surge in coronavirus cases. (The Financial Times £)

Pubs are now being given lower valuations when they go on the market because the calculations are based on profits affected this year by the coronavirus restrictions. (The BBC)

Is it last orders for investors in the pub sector, asks The FT, which notes that the end of the after-work drink has dealt a crushing blow but some parts of sector doing well. “Pub groups have shored up their financial positions too in bid to ride out the transition and further lockdowns thanks to favourable capital markets and lower costs upon reopening.” (The Financial Times £)

The Telegraph interviews Toni Petersson, the boss of Oatly, a celebrity-backed milk alternative, which is on a mission to lure people away from dairy. (The Telegraph)

UK takeaway pizza chain Papa John’s is investigating allegations that taxpayer cash was fraudulently claimed during the Eat Out to Help Out scheme. (The BBC)

New leasing models that would link rent to footfall and online sales in a catchment area are being considered by some of Britain’s biggest landlords and retailers. (The Times £)

The UK’s largest retail trade body has stepped up its demands for urgent government action to end illegally low wages among garment workers in the UK, arguing that more than 10,000 people have been denied £27m in pay since July. (The Financial Times £)

Tesco has dropped one of its avocado suppliers pending an investigation into allegations of human rights abuses at a plantation in Kenya. (The Financial Times £)

US chicken has been the subject of a Department of Justice investigation into widespread price fixing between 2012 and 2019. The regulator’s investigation follows claims that go as far back as 2016. (The Financial Times £)