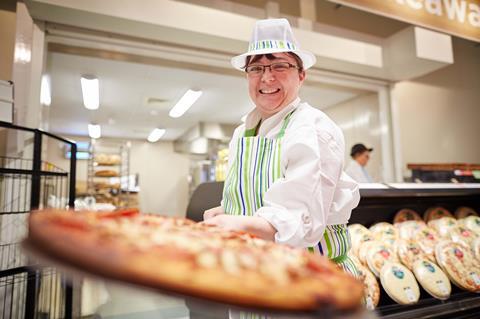 The UK’s highest court will today begin hearing one of the country’s biggest ever equal pay cases over a claim brought by more than 43,000 supermarket workers against US-owned Asda (The Financial Times £). Some 35,000 current and former Asda employees are taking the supermarket, owned by Walmart, to the supreme court tomorrow. Theirs has been an astonishing 13-year fight – a landmark case that is the UK’s biggest equal pay claim without precedent in the private sector (The Guardian).

Tesco CEO Dave Lewis addresses suppliers in The Times, writing: “We now have a unique opportunity to work with our suppliers to do things differently. Change isn’t always easy, but we are in an industry that is used to adapting quickly. Now is the moment to listen to our customers, to stop hiding the best value in a sea of promotions, and to offer consistent low prices instead.” (The Times £)

Tesco’s treatment of suppliers is again under scrutiny after the retailer gave them just weeks to respond to its request for price cuts of up to 50% to fund the next battle in its price war with the discounters Aldi and Lidl. Suppliers are stunned and dismayed by what they see as a lurch back to the bruising style of the executives chided by Lewis five years ago. (The Times £)

Associated British Foods has become the first big UK employer to turn down a multimillion-pound bonus the government is offering for returning furloughed staff to work, saying the sweetener for its Primark staff “should not be necessary” (The Financial Times £). Primark will not take up the bonus offered last week by the government for taking back furloughed workers into full employment, declining a potential windfall of about £30m (The Guardian). Primark will not take advantage of a £30m bonus offered by the government for bringing its staff back from furlough, the retailer has announced (Sky News). Primark placed around 30,000 workers on the government’s coronavirus job retention scheme, but it has now brought them all back and would not ask for the payment (The BBC).

The lifting of lockdown provided some much-needed relief for Britain’s battered high streets, although footfall still remains well below pre-crisis levels (The Times £). Shoppers were allowed to return to the high street in June as stores began to reopen in England and Northern Ireland, but figures show that few chose to do so (The Guardian).

One of the world’s largest dairy co-operatives, Arla Foods, has warned of higher prices and empty shelves if there is not a Brexit deal by the end of the year free of tariffs and trade friction. (The Times £)

Ahead of its half year results on Tuesday, Ocado CEO Tim Steiner talks to The Telegraph about its response to the lockdown. ““For weeks the team did not know what day of the week it was. It went from ‘oh look, there’s a lot of demand’ to ‘holy s—, what’s happening now?’.” (The Telegraph)

Jonathan Faiman, the Ocado co-founder, has warned that his rival supermarket tech business is at risk of collapse as a result of a £30m debt claim by a Russian oligarch. (The Telegraph)

The family behind baking brand Warburtons paid themselves dividends of almost £15m after an ad campaign featuring Robert De Niro helped it return to profit. (The Times £)

Byron Burger staff are braced for job cuts and site closures as takeover talks with bidders approach a conclusion. The business has received interest from three suitors, but any buyer is unlikely to take the whole business and a deal is likely to lead to closures and job losses. (The Times £)

A former backer of TGI Friday’s is in detailed talks to buy the stricken restaurant operator behind the Cafe Rouge and Las Iguanas chains. Buyout firm Epiris is in talks to buy Cafe Rouge’s parent, Casual Dining Group, from administrators. (Sky News).

Drinkers emerging from lockdowns in China and western Europe helped Carlsberg to better than expected results in the first quarter, cheering investors seeking to assess the fallout of coronavirus on the world’s biggest brewers (The Financial Times £). A rebound in its Chinese business raised spirits at Carlsberg as the Danish brewer easily beat market forecasts dampened by the Covid-19 outbreak (The Times £).

The chairman of JD Wetherspoon, Tim Martin, sold £5m of shares in his pub chain days after the Government announced its £4bn boost for firms in the hospitality sector. (The Daily Mail)

Retailers must take on mighty Amazon Prime or risk being wiped out, writes Graham Ruddick in The Times (£). The prospect of taking Amazon on is daunting for any retailer, but it is increasingly obvious that the cost of not doing so could be oblivion.

MPs have urged the government to clarify its position on face masks, after Boris Johnson hinted that it could become compulsory to wear them in shops (The Guardian). Senior minister Michael Gove has said he does not think face coverings should be compulsory in shops in England, saying he trusts people’s common sense (The BBC).