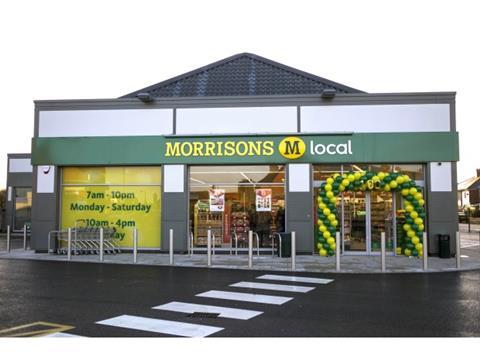 Many of the papers have the story that Morrisons is locked in advanced talks with investment firm Greybull Capital over the sale of its convenience stores.

The story broken over the weekend said Greybull, which saved Monarch from bankruptcy last year, will provide tens of millions of pounds to fund the takeover and provide the stores with working capital. The Morrisons convenience estate will include between 150 and 160 stores, which generate between £250m and £350m in sales. (The Telegraph)

The Financial Times (£) notes: “It remains unclear how much the takeover group will pay for the stores, nor are there guarantees on whether the deal will result in job cuts and closures.” The Times (£) says: “Analysts pointed out that Morrisons was late into the convenience store market and has also been accused of being hasty in expanding in the sector.” The Daily Mail says: “Once the business is in better shape Morrisons will start again in convenience, which along with online grocery sales, are big growth areas. The relaunch could be in the form of a joint venture or acquisition.”

Elsewhere, supermarkets are gearing up for a fresh price war in the coming weeks as they try to lure customers during the crucial back-to-school period. Sainsbury’s, which last month regained the title of Britain’s second-biggest supermarket, will roll out its “brand match” promise on thousands of items online for the first time. Tesco is also preparing for a more aggressive attack following a review of the ranges and categories it sells. (The Telegraph)

High streets and shopping centres in the UK are failing to woo customers despite an increase in the number of town-centre shops open for business. The latest footfall survey from the British Retail Consortium and Springboard suggests there is still ample reason for concern over the death of the high street. (The Guardian)

The supermarket chain that pays the highest price for milk in the industry has said retailers have a “responsibility” to look after suppliers in the midst of a bruising row between farmers and grocers over dairy pricing. Booths has committed to paying the highest price to suppliers for their milk, and Chris Dee, chief executive of the Preston-based grocer, said: “There is no point squeezing suppliers until they go bust”. (The Guardian)

The company that supplies wine and spirits to the Queen and the Prince of Wales is banking on the most powerful man in the wine industry to restore its fortunes. Berry Bros & Rudd has recruited the Dan Jago, head of wine-buying at Tesco, as only the third non-family chief executive in its 317-year history. (The Times £)

The Telegraph looks at Sainsbury’s launch of online sales for its Tu clothing range. It adds that the supermarket chain has quietly opened a Silicon Valley-style “digital lab” that wouldn’t look out of place among the whizzy start-ups of London’s burgeoning technology scene. (The Telegraph)

Britain’s largest mail-order seed company, founded in 1855 in a small garden behind a baker’s shop, is up for sale. Thompson & Morgan and Primary Capital, its private equity owner, is understood to have appointed Catalyst Corporate Finance to advise on a sale that could value the seed business at more than £15m. (The Times £)

The Sunday Times looked at the situation at Unilever, arguing that chief exec Paul Polman “is struggling to expand his business in the face of a slowdown in emerging markets and weak demand in Britain”. “Like Marmite, Paul Polman divides opinion. Can he keep the consumer giant on course?” the paper asks. (The Times £)