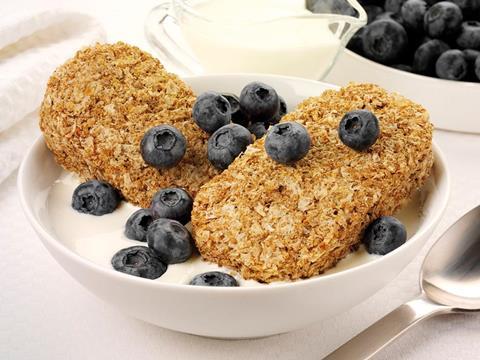 The Financial Times says that Post has been seeking to consolidate parts of the cereals, snacks and protein bar markets through acquisitions since it was spun out of Ralcorp Holdings in 2012. The Guardian writes that Weetabix was sold to US firm after breakfast cereal fails to catch on in China. The Times adds the deal marks the latest in a string of foreign takeovers in the wake of the Brexit vote. The Mail sticks to the foreign angle, writing the Northamptonshire-made cereal has passed from Chinese to American hands. The Telegraph notes that the Unite union has called for an “urgent meeting” with Post to seek assurances over potential job losses.

The Lex column in The Financial Times opines that the deal should go down well with Post shareholders. “Without paying a large premium, Weetabix should immediately add to Post’s earnings.”

The news was obviously overshadowed somewhat by the blanket coverage of the surprise announcement by PM Theresa May for a snap election this June. Theresa May is on course to win a majority of more than 100 in a June snap election, with Labour’s pro-Brexit voters deserting Jeremy Corbyn, according to polling data for The Times. The Financial Times takes the view that Theresa May’s snap election call is the right one for Brexit Britain. The Telegraph group business editor Ben Wright says that the markets are betting Theresa May’s snap general election will provide greater certainty (and a softer Brexit). Nils Pratley writes in The Guardian that investors think the election means a softer Brexit and he asks are they right?

The International Monetary Fund has upgraded UK growth for the second time in six months, delivering Theresa May an early pre-election boost, after conceding it had been wrong about the short-term economic impact of voting to leave the European Union (The Times).

Elsewhere, the papers also found room for a handful of other retail stories. House of Fraser has reported a rise in pre-tax profits from rose from £1.3m to £3.4m, but warned trading remained volatile (The Mail). The department store is to axe underperforming brands amid ‘challenging trading conditions’, The Financial Times notes.

The Financial Times takes an in-depth look at Africa’s $13bn beer market, which, despite its worst slowdown in more than two decades, remains key to growth for multinational brewers.

Former United Spirits chairman Vijay Mallya was arrested in London on Tuesday as extradition proceeding began to make him stand trial for alleged fraud in India (The Financial Times). The multimillionaire co-owner of the Force India Formula One team was arrested in London on behalf of Indian authorities investigating allegations of fraud in connection with the collapse of Kingfisher Airlines (The Guardian).

The Mail goes behind the scenes at Costa’s new £38m Essex roastery to “unearth its secrets”.