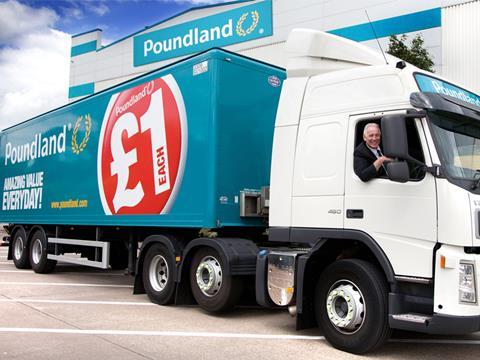 On a quiet day for grocery news, the major story is yesterday’s announcement by Poundland (see The Grocer story here) that it is launching an online service.

The Guardian notes the site allows customers to buy branded goods, such as Kellogg’s cereals, Heinz sauces and Fray Bentos pies, shoppers will be able to buy Poundland’s own-range products. However, there is no option to upgrade delivery times from the standard four to five days and nor is Poundland allowing customers to collect orders from its stores. (The Guardian)

The FT writes: “The decision to launch the trial — and to charge delivery at four times the price of most items in its stores — underscores the dilemma facing many retailers in wanting to broaden their appeal by offering an online service, while trying to make the ecommerce model financially viable.” (The Financial Times £)

The Telegraph wonders if Poundland really needs an online store, concluding that its website won’t convert existing shoppers into online regulars. “This may not be a disaster for the company, and may add small single digit sales, but could provide exactly the sort of worrying distraction that an otherwise successful company like Poundland could do without,” it writes. (The Telegraph)

Elsewhere, British manufacturers have shed jobs for the first time in more than two years as the strong pound, weak demand in Europe and the slowdown in China hit production. The Markit/CIPS index of activity in the sector – where scores above 50 show growth – slipped from 51.9 in July to 51.5 in August. (The Daily Mail)

The limit of purchases via contactless card payments is to rise to £30 after surge in transactions. The payment limit will go up by £10 as shoppers have made more contactless transactions during first nine months of 2014 than previous six years combined. (The Guardian)

In wider retail, Asos founder and chief executive Nick Robertson has stepped down after 15 years at the helm of the online retailer following a string of profit warnings that has dented investor confidence in what has been one of UK’s more successful internet start-ups. (The Financial Times £)