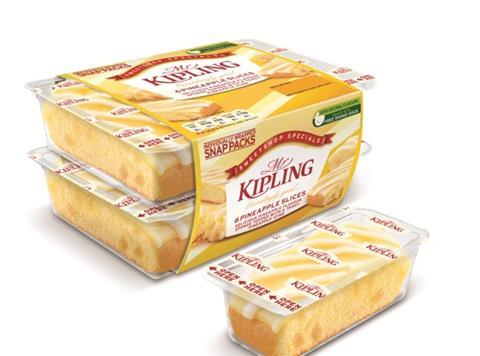 Premier Foods shares jumped 20% after it reported higher sales as shoppers stocked up on instant noodles, soups and pasta sauces (The Financial Times £). The company said its full-year profits will be at the top end of market expectations, after the coronavirus outbreak led to a surge in sales in March (The Telegraph). Premier said demand for its Mr Kipling and Cadbury home-baking kits was also up, as shoppers increased their baking habits (BBC, The Times £).

The news comes as Premier separately said it had agreed a segregated merger of its pensions schemes that will save it £4m annually and provide “greater funding certainty” for its pension schemes members (Sky News).

The government is in talks about a funding package to safeguard Britain’s industry supply chains by guaranteeing losses for companies that offer trade credit insurance. Insurers are discussing measures with the Treasury about a new reinsurance scheme preventing the widespread withdrawal of cover across sectors such as manufacturing and retail (Sky News). Insurers have warned the trade credit system cannot meet potential losses due to the coronavirus pandemic (The Times £). The reports follow The Grocer’s exclusive story that the government is considering requests to underwrite trade credit insurance on Friday (The Grocer).

The latest IRI figures have shown changing consumer patterns during the coronavirus crisis with sales of baking ingredients, frozen vegetables and alcohol rising while makeup, plants and newspapers falling. Overall, sales were up 1.9% in the week to 5 April compared with the same period last year. Before the government imposed lockdown measures, sales were up by as much as 50% (The Guardian).

Discount retailer Poundstretcher is fighting three claims from its landlords, who are upping the pressure on the business to pay rent during the lockdown by issuing winding up orders (The Telegraph).

Around 140k UK firms applied for the government furlough scheme on the day of its opening, with 1m workers placed onto the scheme, expected to cost £4.2bn just during the first batch (The Telegraph, Sky News). Many more workers are expected to be placed on the scheme, Chancellor Rishi Sunak said (BBC).

Amazon is thriving during the coronavirus crisis but the FT argues the ecommerce giant remains vulnerable through its model of a low-paid workforce. The business has seen its global sales surge to $11k a second and rushed to hire extra 175k employees to cope with the extra demand. (The Financial Times £).

Bakery chain Le Pain Quotidien UK is set to appoint administrators putting 500 jobs at risk unless a buyer is found. The UK arm of the Belgian chain has appointed restructuring experts Alvarez & Marsal to run an emergency sale of its 26-site café business with the deadline for bids on Wednesday (The Financial Times £). One potential bidder said a pre-pack administration was the likeliest outcome (Sky News).

Meanwhile, high street restaurant bosses - including Burger King, Nando’s and Wahaca - have asked the chancellor for a nine-month rent holiday to help them survive the coronavirus crisis. Without it, they claim around 2m hospitality jobs are at risk (BBC).