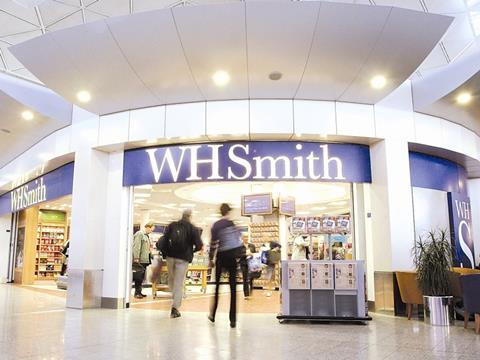 WH Smith will continue to claim back VAT refunds from passenger purchases at its airport shops, writes The Times. The retailer is still instructing staff to request that passengers show their boarding passes at airports. However, WH staff have been “reminded” that customers are not legally obliged to comply with the request. (The Times £)

Meanwhile, adult colouring books and the highly anticipated release of Harper Lee’s Go Set a Watchman has meant that sales at WH Smith’s high street shops are beating expectations, the Telegraph writes (The Telegraph). The Mail throws in that strong sales of the 50 Shades of Grey follow-up novel Grey helped WH Smith lift profit forecasts for the full year. (The Daily Mail)

The Co-op Bank is heading towards a trade sale with plans for a stock market listing becoming increasingly unlikely as the struggling lender continues to be plagued by problems two years on from its £1.5bn bailout. After first half losses trebled to more than £200m, Niall Booker, the chief executive, said that the bank would consider all available opportunities, including a merger or takeover (The Times £). Booker predicted two more years of losses, saying bank will not be profitable in 2015 or 2016. Booker’s prediction means the bank will have posted a loss for four years running after it was left burdened by bad debts from the 2009 deal with the troubled Britannia Building Society. (The Guardian)

The FT’s Lombard column has a Bake Off-style piece on the Co-Op bank, noting that “Booker faces challenge to rise above the impaired ingredients he is working with”. (The Financial Times £)

Consumers bought less than expected at the shops last month, despite falling prices and record low interest rates. Sales volumes grew by 0.1% in July, but were below analysts’ expectations for a 0.4% increase (The Times £). The pound fell by 0.45pc against the US currency, as investors bet that the disappointing retail sales figures could mean that the Bank of England waits even longer to raise its interest rates. (The Telegraph)

Looking at Ahold’s second quarter results yesterday, the FT’s Lex column writes: “What a relief that Dutch food retailer Ahold’s second-quarter results were better than expected — especially in the US, where its intended partner Delhaize has a gratifyingly complementary presence.” It concludes: “With the deal pending, Ahold needs to show that it has not taken its eye off its existing business… In view of the hefty premium it is paying to Delhaize, it must keep its investors sweet on all counts.” (The Financial Times £)

The chief executive of Stock Spirits Group said that its turnaround strategy in Poland was starting to work. Chris Heath, who oversaw the group’s flotation in 2013, said that although it suffered “a very poor first quarter”, trading in the second quarter had been “much better”. (The Times £)