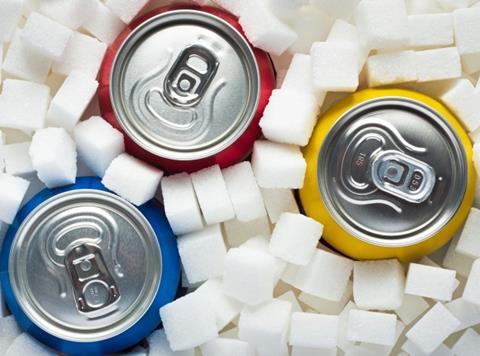 Britain’s sugar tax has raised well under half the originally forecast amount in its first seven months, reflecting a huge shift by drinks manufacturers to cut the amount of sugar in their products (The Financial Times £). The new sugar tax on soft drinks has raised £153.8m since it was introduced in April, the government has said. The figure, which covers the period to the end of October, means the tax is on track to raise the estimated proceeds of £240m for the full year (The BBC).

The boss of the world’s biggest caterer has welcomed the prime minister’s Brexit agreement as “better than no deal” and confirmed that the company has contingency plans to cover “various scenarios” (The Times £). School meals provider Compass said it could change its menus and use alternative ingredients as it became the latest company to announce contingency plans for a no-deal Brexit scenario (Sky News).

The UK’s accountancy watchdog has begun an investigation into café chain Patisserie Valerie, which came close to collapse last month after being rocked by the discovery of substantial financial irregularities (The Financial Times £). The Financial Reporting Council has launched an investigation into Grant Thornton’s audit of Patisserie Valerie, and will also probe the cake chain’s former finance chief Chris Marsh (The Telegraph). The fallout from the crisis at Patisserie Holdings continues as the accounting watchdog snaps at the heels of its auditor (Sky News).

Kellogg’s, the maker of Coco Pops, has beaten a junk food advert ban after lobbying to overturn a decision by the UK’s advertising regulator, in a move that has outraged obesity campaigners. (The Guardian)

Campbell Soup said on Tuesday its turnround plan started to pay off in the most recent quarter, stemming sales declines in its US soup business and driving growth for V8 juices, as the company looks to fight off a challenge from an activist investor. (The Financial Times £)

Next week’s Campbell Soup annual general meeting is effectively a shareholder referendum on whether the company with a $20bn enterprise value should attempt to sell itself, writes the FT. However, Critics of investors such as Dan Loeb given boost by Delaware case where an activist fund was found liable for helping engineer a quick-fire sale of an electronics firm to a competitor. (The Financial Times £)

Five of the world’s biggest food companies have abandoned trials aimed at developing a new nutrition labelling scheme for Europe, dealing a blow to efforts to help consumers better understand what is in their food. (The Financial Times £)

Health officials in the US and Canada on Tuesday told people to avoid eating romaine lettuce because of a new E coli outbreak. (The Guardian)

About $50bn was wiped from the value of US retail stocks on Tuesday as disappointing earnings reports intensified concerns about the competitive onslaught from Amazon, just ahead of the crucial holiday shopping season. (The Financial Times £)

Walgreens Boots Alliance has added further impetus to the rush to consolidate in the American pharmacy sector by talking to Humana, a health insurer, about a share-swap deal. (The Times £)