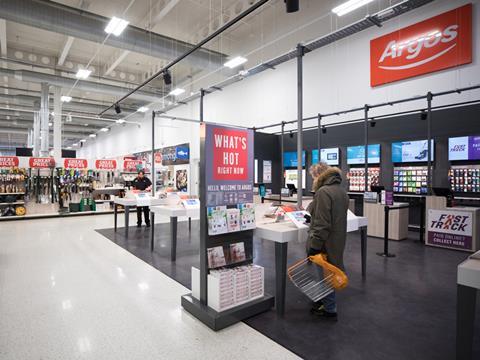 Sainsbury’s is poised to axe hundreds of managers in a cost-cutting drive at the supermarket chain (The Telegraph). Hundreds of management jobs at J Sainsbury are being axed in the latest round of cutbacks by the company (The Times £). The latest wave of departures comes as a result of the further integration of Sainsbury’s with Argos (The Daily Mail). The supermarkets would not confirm the total number of people involved but said the announcement represented the “finalising” of new leadership structures and the merging of its store support centre teams (Sky News).The structural reorganisation will ultimately lead to hundreds of job cuts, part of a plan to save £500m in costs by 2024 (The Guardian).

Deliveroo is facing a funding squeeze at the same time as its biggest British rival in online food apps, Just Eat, has been strengthened by new backing, putting pressure on one of Europe’s most prominent private tech companies. A UK Competition and Markets Authority investigation has put hundreds of millions of dollars of planned investment from Amazon on hold, for months on end. (The Financial Times £)

Coca-Cola will not ditch single-use plastic bottles because consumers still want them, the firm’s head of sustainability has told the BBC. Customers like them because they reseal and are lightweight. (The BBC)

A British tobacco advertising ban should be relaxed so that firms can highlight the health benefits of new alternatives to cigarettes, the head of major player Philip Morris International has said. (The Telegraph)

The UK toy industry suffered “difficult” trading conditions last year due to falling consumer confidence as a result of Brexit and the snap general election, manufacturers have said (The Guardian). Toy sales in the UK fell by 6% for a second year in a row in 2019 as politics overshadowed the traditional festive buying season (The BBC).

Heineken’s share price has been hit following reports that sales in Vietnam, south-east Asia’s biggest beer market, have dropped by at least a quarter since the beginning of the year as authorities crack down on drink-driving. (The Financial Times £)

It’s probably stretching it a little to imagine that Whitbread’s shareholders are starting to rue the sale of Costa Coffee, writes The Times (£). The £3.9bn that Coca-Cola paid for the high street chain in 2018 represented a price tag so rich and frothy that it would have been almost perverse to reject it, yet it would be of little surprise if some of Whitbread’s owners are beginning to ask themselves what they’ve been left with.

Shares in European luxury brands were hit amid fears that a new virus in China similar to Sars is keeping panicked shoppers at home. (The Telegraph)

The Guardian looks at how live animal exports are hurting farmers in Romania as the country’s lack of meat processing facilities means livestock must be shipped to international markets – at a high cost to both shepherds and welfare. (The Guardian)

Cocoa markets are tightening; analysts reckon we’ll guzzle more than we produce this year. Cote d’Ivoire and Ghana are imposing a $400-per-tonne premium this year to sweeten the lot of farmers. (The Financial Times £)