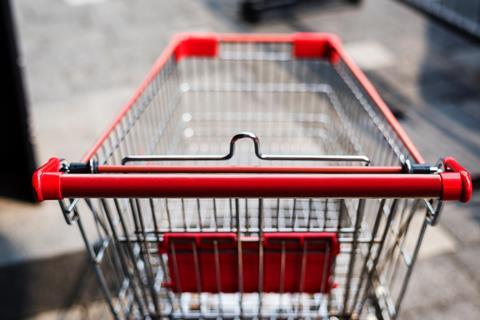 British consumers appear to have shrugged off Brexit uncertainty in February as retail sales unexpectedly jumped during the month, according to data published by the Office for National Statistics on Thursday (Financial Times £). Volumes bought rose by 0.4% compared with January, much better than the decline of 0.4% expected by City economists. The ONS revealed that the sharpest fall in food sales in more than two years was offset by stronger growth across all other sectors (Telegraph £). Annual sales growth eased slightly to 4% in February from 4.2% a month earlier (The Guardian).

Ministers at Britain’s Department for Environment, Food and Rural Affairs are for the first time being given a daily situation report on potential food and water shortages across the UK as part of Whitehall’s preparations for a no-deal Brexit (Financial Times £). As uncertainty continues over whether the EU and UK will agree an extension to the Article 50 process for leaving the bloc next week, no-deal arrangements are being put in place around the country.

The owner of Giraffe and Ed’s Easy Diner is to close a third of its restaurants, putting 340 jobs at risk, after creditors approved a rescue deal (The Guardian). Six Ed’s sites, including those in Bromley and Mayfair in London, and 21 Giraffe restaurants, including ones in Aberdeen, Basingstoke, Norwich, Reading and Bluewater shopping centre in Kent, are to close in the next few months. Boparan Restaurant Group, which owns the two brands, is expected to inject fresh investment of up to £10 million into the slimmed-down business as it seeks to restore its fortunes (The Times £)

One of the UK’s biggest suppliers of toilet and kitchen roll has been stockpiling about 3.5m rolls in UK warehouses in preparation for a no-deal Brexit (The Guardian). The German firm Wepa said it had been storing an extra 600 tonnes of toilet and kitchen roll in the last three to four months to safeguard supplies in Britain, in case the UK crashes out of the EU without an agreement on 29 March.

Tobacco giant Philip Morris International has teamed up with youth-focused Vice Media to promote vaping, in a move that has alarmed health campaigners (Financial Times £). Vice has agreed a deal with PMI to produce sponsored content endorsing e-cigarettes, according to two people with direct knowledge of the arrangement.

Fizzy drinks could be exacerbating the growth of intestinal tumours, according to a study in mice which found that the cancers “feed” on sugary liquid (The Times £).

Debenhams is on the verge of securing a £200m funding lifeline from lenders that would position the ailing department store chain to evade the clutches of Mike Ashley, its ‎biggest shareholder (Sky News).

An upbeat earnings report from Conagra sent shares of the Reddi-wip and Orville Redenbacher maker soaring on Thursday, handing the stock its best day in almost three decades (Financial Times £).