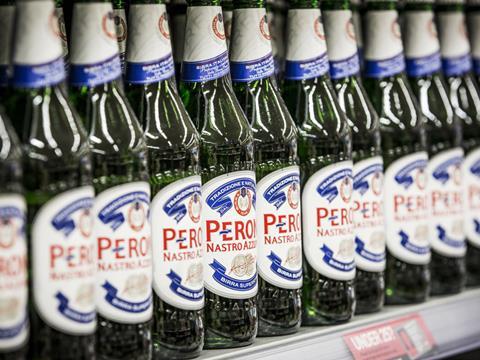 AB InBev’s takeover of SABMiller is “on a knife edge”, writes The Times (£) after activist investors push to amend the terms of the deal.

A horde of City fund giants is cranking up the pressure on SAB Miller to revise the terms of its £71bn sale to the owner of Budweiser, throwing into doubt the biggest takeover yet of a British company. The charge is being led by Aberdeen Asset Management, which has demanded that SAB reconsider the cash element of Anheuser-Busch InBev’s bid, which has dived in value relative to a cash-and-stock alternative because of the sterling crash. (The Times £)

Meanwhile, Sandell Asset Management, the activist investor that tried to break up the transport operator FirstGroup, has waded into the growing shareholder dispute over the brewer SABMiller’s £77bn takeover by its rival Anheuser-Busch InBev. (The Telegraph)

Writing in The Sunday Times (£) Simon Duke says: “This colossal tie-up is now anything but a dead cert. The pound’s plunge against the dollar since the vote for Brexit has left the ambitions of Carlos Brito, the swashbuckling Brazilian who runs AB InBev, hanging by a gossamer thread… It’s a bit of cheek, but they [the activist investors] have a point.”

There was a raft of coverage of BHS and Sir Philip Green over the weekend. The publication of the Parliamentary report into the collapse of BHS “lays bare failure and liability”, writes The Financial Times (£). The inquiry lambasts collapsed store’s former owner, buyer and ‘directors, advisers and hangers-on’, it writes.

Sir Philip Green’s treatment of BHS and its pensioners has damaged the reputation of British business (The Times £). The report criticised advisers who turned a blind eye to the “manifold weaknesses” of Dominic Chappell’s bid (The Telegraph). MPs said Green subjected BHS to ‘systematic plunder’ and describe the collapse as ‘unacceptable face of capitalism’ (The Guardian). Green has ‘moral duty’ to fill £571m pensions blackhole after he ‘repeatedly’ resisted requests to pay more to correct ‘massive deficit’. (The Daily Mail)

Britain’s business establishment rounded on Sir Philip Green, blaming the “greed” of a handful of companies for damaging public confidence and fuelling pressure for tough new rules that threaten to damage UK competitiveness. (The Times £)

The Daily Mail’s Alex Brummer calls Green “the master of deceit who should lose his knighthood and face full weight of the law” (The Daily Mail). Though Marcus Leroux in The Times (£) says he should keep his knighthood, writing: “Sir Philip is undoubtedly to blame for the failure of BHS. But to strip him of his knighthood is to rewrite history… His knighthood should stand — as a repudiation of an honours system in thrall to money and a reminder of an age of deference towards the financial alchemists.”

In The Guardian Nils Pratley says The Pensions Regulator should press the retail billionaire to cover the BHS pension shortfall no matter how much it costs him. The paper also looks at the key players in the collapse and what the parliamentary report says about them (The Guardian).

Meanwhile, Administrator Duff & Phelps will announce on Monday that the 114 BHS stores still in operation will close their doors for the final time by 20 August. (The Guardian)

Diageo’s tumbler has been half-empty for quite some time. The Smirnoff and Guinness maker, once a growth machine, has looked sluggish for the duration of chief executive Ivan Menezes’ three-year reign. Now, at last, there are signs the good times are rolling again at the world’s biggest spirits producer. Time to break out the Captain Morgan and Johnnie Walker, perhaps. (The Times £)

The number of applications to build new shops fell by 9% in the past year, according to a report on Monday, marking the seventh decline in a row. There were 6,700 applications for new retail developments in 2015, down from 7,360, according to commercial law firm EMW. They are down by nearly a half from the pre-recession peak of 11,900 in 2008. (The Guardian)

The Daily Mail also tips the shares of Tate & Lyle, writing: “Tate & Lyle derives about 70% of its profits from the US, so it is a natural beneficiary of the pound’s weakness against the dollar. The firm is explicit on this – every time the dollar strengthens by one cent against sterling, its profits rise by £1.3 million.”