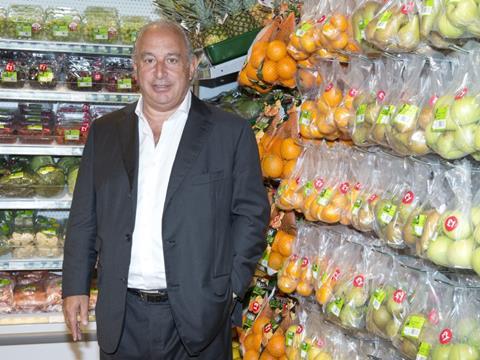 Libel lawyers acting for Sir Philip Green have demanded an apology after MP Frank Field likened the retail tycoon’s conduct to that of Robert Maxwell, the former press baron who plundered the Mirror Group pension scheme. In a letter seen by the Financial Times, Schillings said that the co-author of a damning report into the collapse of BHS had wrongly alleged that Sir Philip had stolen money from the pension funds of companies he owned. (The Financial Times £)

Theresa May faced growing pressure to demand Sir Philip Green lose his knighthood today after MPs slammed the billionaire as the ‘unacceptable face of capitalism’. No 10 said the findings of a major Commons inquiry into the collapse of BHS were ‘concerning’ and proved the case for Mrs May’s ambition to ‘reform capitalism’ and ensure the economy ‘works for everyone’. (The Daily Mail)

British boardrooms urgently need reform to protect staff and pensioners and to preserve companies’ reputations in the light of this week’s devastating critique of Sir Philip Green’s ownership of BHS. Iain Wright, chairman of the business, innovation and skills select committee writes in The Times today: “The time has come to look again at the laws that govern business and how they are enforced.” (The Times £)

A leader in the FT says Sir Philip Green should treat BHS pensioners with honour. “Business leaders have greater responsibilities than obeying the law,” the paper says. (The Financial Times £)

Meanwhile, The FT’s Lombard column suggests the reputational damage to Green spells the end of an era in UK business. “Tony Blair tempted fate, as was his wont, when he made a knight of this rough-edged rag trader… Celebreneurs now seem very last decade. Entrepreneurship, we have learnt, is propelled by self-interest with results that are sometimes negative as well as broadly positive.” (The Financial Times £)

Shopping centre developer Hammerson has enjoyed a strong first half, despite uncertainty in the property investment and lettings markets in the run-up to the EU referendum. The company completed £12.9m of leasing deals in the first six months of the year, 19% higher than a year earlier, but slowing growth in the value of its portfolio, particularly its UK retail parks, meant Hammerson’s profits were more than 50% lower. (The Telegraph)

Moët owner LVMH has sold fashion house Donna Karan International for an enterprise value of $650m, in a rare divestment for the French luxury group. Antonio Belloni, LVMH’s group managing director, said on Monday that US clothing group G-III Apparel had made an approach for Donna Karan and LVMH had “concluded that the time was right” for a sale. (The Financial Times £)

Britain’s wheat industry is enjoying a boost from the fall in sterling, following the Brexit referendum vote. The fall in the pound has meant UK wheat has become more competitive against rivals in the world market. (The Daily Mail)