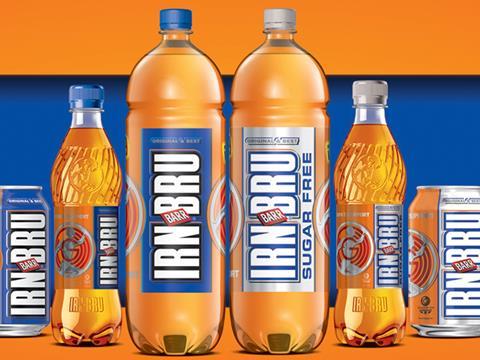 AG Barr, the Scottish soft drinks company that makes Irn-Bru, is to cut 10% of its workforce as it revealed a 3% fall in half-year sales and criticised the government’s proposed sugar tax as “punitive” (The Financial Times £, The BBC)

AG Barr blamed the “significant weight of negative media coverage” on soft drinks for hitting sales as it scrambles to remove sugar from its products before the Government’s new sugar tax comes into force. (The Telegraph)

The FT’s Lex column looks at AG Barr, writing: “AG Barr needs a plan for sales growth. Its best bet is to embrace consumers’ more health-conscious habits with more low-sugar innovation in the UK, where its market share is still low. This still leaves it UK-dependent, but is more likely to work than to expect a great overseas conversion to Irn-Bru.” (The Financial Times £)

Sainsbury’s will soon trial grocery delivery by bicycle, a service that has not been offered by the supermarket giant for 130 years. The retailer is, from tomorrow, testing one-hour home delivery for customers in central London, who can order up to 20 items on an iOS App called Chop Chop. (The Telegraph)

High street retailers have suffered a fall in sales this month, casting doubt on the resilient spending growth that official figures have presented in the past two months. The CBI’s survey of retailers and wholesalers found that the balance of companies that reported a fall in sales compared with the same month last year. (The Times £)

Good weather in much of the country failed to prevent a decline in sales of groceries, food and drink and leather, according to the CBI. However, steady sales of clothing and footwear and DIY goods kept the tills ringing enough for a balance of +7% of retailers to say that their sales volumes in September were good for the time of year. (The Guardian)

The number of people worried about job security and their finances has risen despite a continuing rebound in consumer confidence since July’s post-EU vote slump. The monthly YouGov/Cebr measure, compiled through interviews with 6,000 people, found “a mixed bag” for sentiment - with September’s index rising by just one point leaving it two points behind its pre-vote level. (Sky News)

Walmart is in talks to buy a stake in Indian ecommerce leader Flipkart as the world’s largest retailer by sales tries a new tack in a country where its ambitions have been hamstrung by strict regulation. (The Financial Times £)

Forget ‘al-fresco dining’, workers across the UK will be eating ‘al-desko’ thanks to a venture from Deliveroo. The takeaway delivery firm that allows diners to order restaurant food through an app has launched a service allowing workers to have food delivered to their offices. (The Daily Mail)