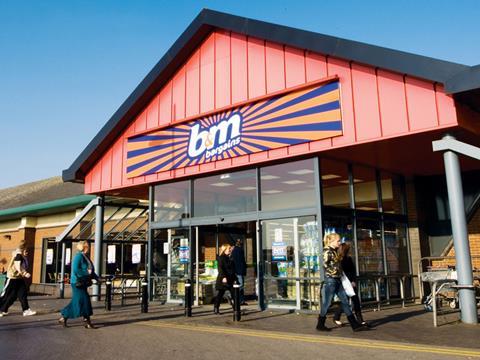 Further M&A activity in the convenience channel as B&M Bargains buys Heron Foods jockeys for position in the media coverage with tumbling profits at Asda.

Discount retailer B&M set its sights on the convenience grocery market following the acquisition of Heron Food Group, a chain operating in northern England with 251 stores (The Financial Times). B&M is the latest company to take part in the frenzied consolidation of the convenience food market with the £152m swoop on the Northern chain, The Telegraph writes. The deal will enable B&M, which sells general merchandise items from toilet paper and pet accessories to garden furniture and camping equipment, to offer an extended range of discount groceries including frozen foods which it currently does not sell, The Times adds.

Asda admitted that its performance last year was ‘behind expectations’ after its profits crashed by almost a fifth and sales languished below its rivals, The Telegraph reports. Pre-tax profits tumbled by 19.9% to £657.2m, while group sales fell by 3.2% to £21.7bn. The Guardian highlights that the annual figures at Asda are the worst since Walmart took over the supermarket in 1999 as fierce competition in the UK supermarket sector took its toll. The Mail adds the Asda results spelt out exactly how disastrous 2016 was for its fortunes. The Financial Times writes that the struggling British grocer sent a £450m dividend to parent company Walmart last year, despite sliding profits and a decline in revenue that has continued since former chief executive Andy Clarke declared the chain had reached its “nadir”. The Times says that Asda confirmed its performance last year was shocking but has a recovery plan in its back pocket.

Irene Rosenfeld, the long-standing chief executive of snack giant Mondelez International, is stepping down and will be replaced by Dirk Van de Put, currently president and CEO of McCain Foods (The Financial Times). The Times doesn’t pull its punches in its story about the departure. “Goodnight Irene, the most reviled woman in UK corporate history,” reads its headline. “Irene Rosenfeld, the American businesswoman who shut a Cadbury factory days after promising not to and then deemed a parliamentary inquiry as a waste of her time, is on the way out,” the paper writes.

Green & Black’s is launching its first UK chocolate bar that is neither organic nor Fairtrade-certified, The Guardian writes. The move by the organic chocolate maker – owned by US food giant Mondelēz International, parent of Cadbury – is likely to further undermine the Fairtrade movement amid concerns about a proliferation of rival alternatives, the paper says.

Japan Tobacco admitted it has fallen behind international rivals in a battle to dominate the potential $10bn domestic Japanese market for next-generation vaping devices, The Financial Times writes. JT, the world’s fourth-largest tobacco group by sales, has been struggling against a background of declining smoker numbers in Japan and an 8% year-on-year drop in the company’s domestic operating profits in the first half of 2017.

David Jones, one of the world’s oldest department store chains, is targeting Australia’s A$100bn-a-year (US$80bn) food sector to insulate it from the encroachment of online rivals such as Amazon (The Financial Times).