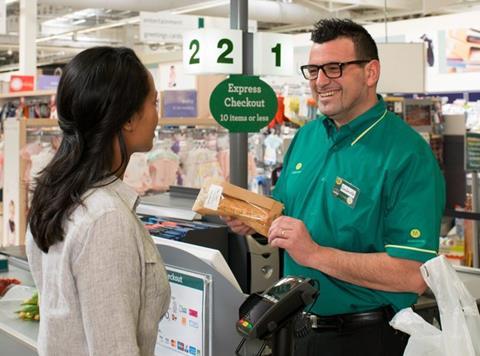 Morrisons is to reintroduce staffed express checkouts in stores this week, after a survey found two-thirds of shoppers steered clear of self-service checkouts. Research it did among more than 2,500 shoppers revealed 67% would prefer to use a staffed checkout due to anxiety brought on by the “unexpected item in bagging area” warning when using self-service tills. The express lanes will serve customers with up to 10 items. (The Guardian)

The announcement has been warmly welcomed by an editorial in The Telegraph, with sighs in relief that “finally a supermarket is standing up to the march of the robot tills”.

British American Tobacco may be forced to increase its offer to buy out the remaining 25 per cent of its Brazilian business after its £2.2 billion offer for the stake was opposed by some investors. The minority shareholders in Souza Cruz had exercised their right to seek a fresh valuation, to be conducted by Credit Suisse. (The Times £)

Tim Mason has resigned as chairman of Bonmarché and as a partner of Sun European Partners, the private equity owner of the Yorkshire-based retailer. His departure sparked speculation that the former Tesco man is heading for a job in the food retail sector. (The Times £)

The starter’s gun for consolidation of the European sugar industry has been fired — ahead of the introduction of reforms — as France’s Tereos takes an early lead with the announcement of a takeover of Britain’s Napier Brown for £34m. (The Financial Times £)

Mondelez beat market expectations in the first quarter, buoyed by higher prices, cost cuts and robust growth in Latin America, while the chief executive said she was not looking for “major transactions” when it comes to M&A. (The Financial Times £)

Greggs has served up a special £20m dividend after reporting that porridge, omelette sandwiches and breakfast baguettes are drawing early morning customers to the bakery chain (The Times £, The Telegraph)

Foreign grocers are struggling in the fast-moving China retail market, writes the FT. From fast food to smartphones, from luxury goods to groceries, the way China shops — and what mainland shoppers want to buy — is changing rapidly. The changes are leaving foreign supermarket and hypermarket chains struggling to keep up by revamping store formats and selling more groceries online. (The Financial Times £)

Supermarket sales of courgettes are soaring thanks to health-conscious consumers embracing new kitchen gadget the spiraliser, which cuts raw vegetables into ribbons and curls, making them an easy substitute for pasta or noodles. Sales of courgettes are up by 20% compared with last year, says Marks & Spencer. (The Guardian)

Company insolvencies have fallen back to pre-crisis levels, with the number of liquidations in the first three months of the year at the lowest number since late 2007. Some 4,052 businesses were dissolved in the first quarter of the year, a 6pc drop on the same time a year ago. (The Telegraph)