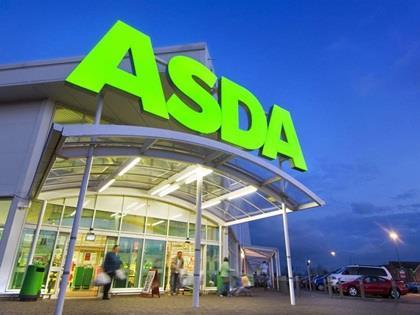 The markets held their breath over the weekend as they awaited official news released to the stock exchange this morning of the advanced £15bn talks between Sainsbury’s and Walmart-owned Asda.

Analysts are divided about whether the CMA will stand in the way of an all-share deal says the Financial Times (£). A combination of the two and Sainsbury’s chief executive Mike Coupe’s leadership would propel a combined group ahead of Tesco in market share and give it control of about a third of the grocery market. Another article in the same newspaper says Walmart would become the combined group’s biggest shareholder, but its receipt of new shares in Sainsbury’s would not give it a controlling stake in the new business, according to those close to the talks. Liberal Democrat leader Sir Vince Cable and Mike Cherry, chairman of the Federation of Small Businesses, are among those clamouring for a CMA probe. The Daily Telegraph says Walmart would emerge with a 40% stake

“Sainsbury’s and Asda play seismic supermarket sweep”, thunders The Guardian. It says the Competition and Markets Authority (CMA) is expected to spend months pouring over the map of the combined group’s store network. Prepare for the biggest competition inquiry in years, proclaims The Guardian, again, in another article.

Joe Clarke, national officer for Sainsbury’s at the union Unite, told Sky News the potential deal was an “absolute shocker”, with “implications for tens of thousands of jobs”. Staff were in “utter disarray” and “absolutely shocked” he said.

The Financial Times (£) says the talks have big repercussions for many hedge funds and traders, who expected heightened volatility this morning with the markets open, noting that betting against UK supermarkets’ shares have been one of the most popular trades for hedge funds over the past two years. The newspaper’s Lex column says toxic conditions in UK grocery are reflected in Asda’s implicit worth. It says Walmart bought the Asda for £6.7bn in 1999. A defensive merger may value Asda at only a tenth more, excluding dividends paid. Adjust for inflation, and the Asda acquisition may have eroded capital, it says. The Times’ (£) City editor writes separately that some of the world’s largest hedge funds and money managers face a nervous wait to gauge the market’s reaction. Bloomberg says short sellers including Marshall Wace LLP and GLG Partners LP face a hit from the talks if ordinary investors approve of the potential deal.

The Times (£) and The Daily Mail say City investment banks, lawyers and other professional services firms could share more than £100m in fees from a deal. The Times (£) says Morgan Stanley and UBS have been drafted in to work on the combination at Sainsbury’s. Asda is thought to have drafted Rothschild.

The Times (£), which values the proposed merger at £12bn, says a deal has raised fears that an enlarge group will be a bad deal for suppliers, which will be forced to cut prices further. The Times (£), in an another article, focuses on Andrew Tyrie’s preparations to take up his post as chairman of the CMA at a time when the body could face its biggest challenge since its formation five years ago. Sainsbury’s and Asda: Wil the big four soon become three, asks The Daily Telegraph. Another article in The Daily Telegraph is headlined: “Sainsbury’s and Asda: a tale of dairies, discounts and car parks”.

A profile piece in The Times (£) trills “Part-time guitar player is taking centre stage” – in reference to Mike Coupe. The writer comments that Roger Burnley’s tenure as president and chief executive of a standalone Asda could be shortlived.

The Independent says Sainsbury’s is poised to report a 6.2% fall in full-year pre-tax profits to £472m, according to analysts at UBS. On an underlying basis, consensus estimates point to a 1.5% dip in profits to £572m, which would be the fourth consecutive year the metric has fallen.

The value of UK food mergers and acquisitions last year rocketed from £870m in 2016 to £12.2bn last year – the strongest year since 2009, according to Mergermarket, reports the Financial Times (£). The number of deals was only slightly higher, however – 48 compared with 43 in 2016. The biggest deal was Unilever’s £6bn sales of Flora to KKR.

The Scottish government introduce a minimum unit price for alcohol from tomorrow. Campaigners say the policy will now be an important test case for an approach that could be replicated in other countries to address problem drinking, the Financial Times (£).

Costa Coffee will be one of only two large quoted coffee chains in the world once it is listed, says the Financial Times (£), the other being Starbucks. Costa managing director Dominic Paul is not phased by Starbuck’s great scale and says there is “more than enough growth to go around”.

The Daily Telegraph wrote on Saturday that online pressures are forcing retailers to “think differently” in what it called “The great high street experiment”.

The Guardian includes an article about the arrival of Lidl at Giffnock, a neighbourhood a few miles south of Glasgow, which is replacing a Whole Foods outlet. Judging by the reaction of some in this South Side community, you’d have thought that planning permission had been granted for a public lavatory in their back gardens, the newspaper says.

Celebrity chef Jamie Oliver who has campaigned on everything from school dinners to sugar tells The Guardian he will not give up because his campaigns “just feel like the right thing to do” despite the criticism he encounters which he says affects him “massively”.

Beer and sandwiches have finally cemented their harmonious relationship with beer made from leftover sarnie bread, The Observer reported at the weekend. Three new beers will soon be available at Marks & Spencer made from surplus bread from its sandwich factory that would otherwise be discarded or turned into animal feed.