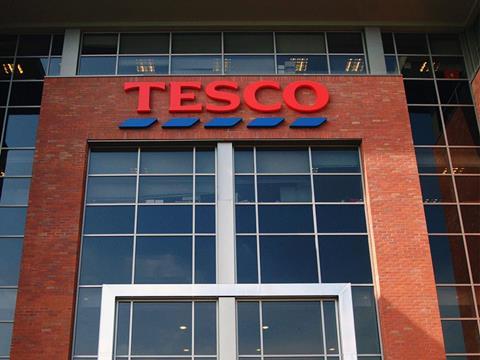 Tesco is expected to pay an average of £400 each in compensation to about 10,000 shareholders over its 2014 accounting scandal, writes The Times. Britain’s biggest supermarket is awarding claimants 24½p per share plus interest at 4 per cent, according to Hargreaves Lansdown, one of the stockbrokers handling claims. (The Times £)

Trendy beer-maker London Fields Brewery, whose founder faces court charges over allegedly not paying taxes, has been sold to brewing giant Carlsberg. The Hackney-based business will be owned by Carlsberg UK but will be run by the Danish business as part of a joint venture with Brooklyn Brewery (The Telegraph). The beer firm in Hackney, east London, which built a cult following for brews such as Easy IPA and Shoreditch Triangle IPA, is the latest in a string of “craft” breweries to be bought by a multinational firm, joining ABInBev-owned Camden and Meantime, now owned by Asahi (The Guardian)

The American owner of Shredded Wheat has completed its acquisition of Weetabix and appointed the first woman to head the British cereal business in its 85-year history. Post Holdings, which is based in St Louis, Missouri, said that it had completed the takeover of Weetabix in a $1.7 billion deal first announced on the day that Theresa May called a snap election. (The Times £)

Innocent Drinks generated more than half its sales outside Britain last year, as the smoothie maker returned to the black. The company, which is owned by Coca-Cola, said that it had enjoyed strong sales growth on the Continent thanks to investment in new products such as coconut water and its range of Super Smoothies. (The Times £)

Subway has announced a major expansion that it says will create 5,000 jobs in the UK and Ireland (The Daily Mail). The world’s largest fast food brand is hoping to take its number of UK and Ireland stores to 3,000 by 2020, with 150 potentially opening this year (Sky News). Subway said growing customer demand for its sandwiches had driven the decision. The firm is also in the process of overhauling its stores with a revamped menu and a new look for the shops (BBC)

Sainsbury’s is launching a new “smart” label on packets of its own-brand ham in a bid to reduce waste by telling consumers how fresh it is. (The Guardian)

Manufacturers are approaching a Brexit “tipping point”, when they will have to prepare for the worst in the absence of greater clarity from the government, the industry’s trade body has warned. (The Times £)

“Aldi and Lidl step up battle with US grocers”, writes The Financial Times (£). The battle in US grocery is only set to intensify as Lidl and Aldi, the German grocers that have ravaged European rivals with a no-frills, low-price strategy, set their sights on the US.

The world’s largest yoghurt maker Danone said on Monday it had struck a deal to sell Stonyfield to Lactalis for $875m. It follows an agreement that Danone reached in March with the US Department of Justice in which it said it would sell Stonyfield to hasten the closure of its WhiteWave purchase. (The Financial Times £)