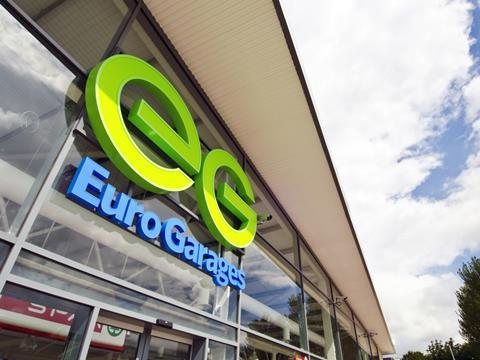 Sainsbury’s is severing its ties with petrol station operator EuroGarages, culling a trial of stores on forecourts in a blow to the grocer’s ambitions in the convenience market. The Telegraph writes that the EuroGarages partnership hadn’t lived up to either sides’ hopes. The move was part of attempts by Mike Coupe, the Sainsbury’s chief executive, to get to grip with rapidly-changing shopping habits. (The Telegraph)

The accounting scandal at international retail giant Steinhoff threatens to entangle former Asda boss Andy Bond, writes The Times (£). Investigators are looking at deals in which Steinhoff is suspected of hiding losses through deals with offshore companies, with one of the businesses under scrutiny bring Southern View Finance UK – where Bond sat on the board for two years to June 2016. There is no suggestion of wrongdoing by Bond, now heading a clutch of Steinhoff businesses including Poundland. (The Times £)

The Times investigations the Stenihoff affair, writing: “Markus Jooste, Steinhoff’s overbearing chief executive — who had built the business into an international retailing powerhouse spanning five continents and employing 130,000 staff — quit. Steinhoff later admitted that the “irregularities” could go back years; shareholders could no longer trust what they had been told about the company’s finances, and anti-corruption police were told to question Jooste. Meanwhile, he vanished without offering any defence or explanation of what he had done.” (The Times £)

Bart Becht, chairman of JAB Holding, has a reputation as a clear thinker but a deal this week to combine JAB’s Keurig Green Mountain coffee business with soft drinks producer Dr Pepper Snapple, has sown confusion. “We are not changing our playbook. This is not a slash and burn exercise — this is about a new challenger in the beverage industry,” Becht told the FT. (The Financial Times £)

Big brands are losing pricing power in battle for consumers, writes The FT. Names from P&G to Nestlé feel the pinch as shoppers show less loyalty and trade down. (The Financial Times £)

Wesfarmers said it is reviewing the future of its UK DIY business, after revealing a A$1bn writedown related to the Australian group’s high-profile acquisition of British retailer Homebase in 2016 following the business’ split with Sainsbury’s owned Argos. (The Financial Times £)

Wall Street experts scalded Starbucks on Friday with an opinion many caffeine lovers – and investors - have probably been frothing about for a while – the company has opened too many coffee shops and the price of a cup of joe is too darn high. (The Guardian)

In wider retail, The High Street has been plunged into fresh turmoil amid debt worries and falling sales at New Look and House of Fraser. (The Daily Mail)

Britain’s supermarkets are reporting a surge in sales of vegan food, which they expect to continue throughout the year, despite the end of Veganuary. (The Guardian)