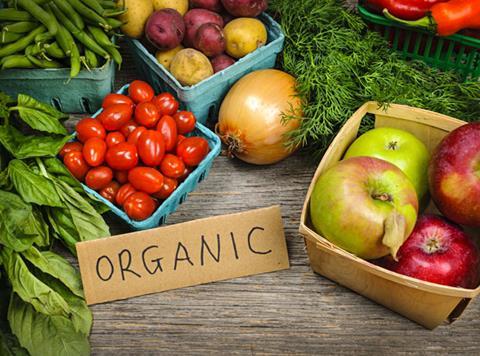 Organic food sellers have notched up fruitful growth as economy recovers, according to The Telegraph.

After suffering years of decline during the recession, the organic food sector in the UK is finally showing signs of bouncing back. Shoppers are now spending an extra £1.4m a week on organic food, pushing sales up by 4% to £1.86bn last year, according to industry group the Soil Association. In comparison, total food sales fell 1.9% in 2014, as consumers reined in the weekly shop and spent more money on takeaways and eating out (The Telegraph).

A number of the papers have the BRC-Nielsen shop price figures which purport to show prices in Britain’s shops are falling at the fastest rate on record. The Times notes that the news “spells good news for consumers but which will set off alarm bells at the Bank of England” (The Times).

The UK has been accused over cigarette lobbying abroad after Britain’s top diplomat in Pakistan attended a meeting at which one of the world’s biggest cigarette companies lobbied ministers. Philip Barton, the British high commissioner to Pakistan, has come under fire for attending a meeting in Islamabad at which British American Tobacco urged the Pakistani finance minister to drop plans for larger warnings on cigarette packets (The Financial Times).

The Telegraph suggests that falling value of the found is down to the prospect of a coalition being formed between Labour and the Scottish National Party after May’s general election. It quotes broker Panmure Gordon as claiming that worries that a deal could be struck between Ed Miliband and Nicola Sturgeon have suppressed the pound and British markets, reflecting concerns that they may undo much of the Coalition’s progress (The Telegraph).

The days of long lines of Apple fans queuing outside stores for days ahead of new product releases could be numbered. “The days of waiting in line and crossing fingers for a product are over for our customers,” Apple’s retail chief Angela Ahrendts said in an internal memo sent to Apple store employees (The Guardian).

The US legal cannabis market continues to heat up - Privateer Holdings, a Seattle-based private equity firm focused on marijuana, has closed a $75m funding round that is the largest private capital raising to date in the nascent industry (The Financial Times).

Starbucks has said it will give US employees the chance to get a college degree for free, as the coffee company expands its education benefits programme. Starbucks already offers its baristas two years of undergraduate tuition at Arizona State University, in the south west of the US. This will now be extended to four years, covering the entire cost of an online bachelor’s degree (The Telegraph).