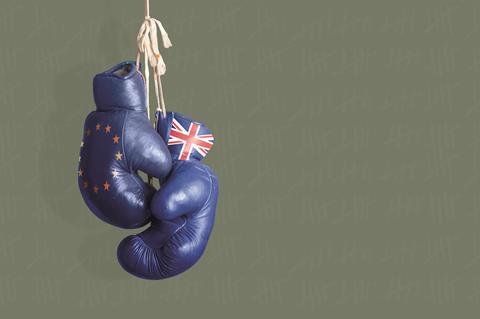 Business leaders and unions have heaped renewed pressure on the government to strike a last-minute Brexit agreement, saying the UK economy is ill-equipped for a disruptive no-deal scenario (The Guardian). Minette Batters, the president of the National Farmers’ Union, said reaching a deal was critical for protecting farmers’ access to the EU, which is the UK’s biggest market where 70% of agricultural food exports are sold.

Rishi Sunak is under pressure to unveil a new wave of economic stimulus in the event of a ‘no deal’ Brexit, as businesses fear a second major crunch within a year of the pandemic striking (The Telegraph).

The pound fell due to jitters that the UK would fail to strike an eleventh-hour trade deal with Brussels (The Mail).

The B&Q owner, Kingfisher, has joined other retailers in returning emergency taxpayer support, pledging to repay £130m it received in business rates relief (The Guardian).

DIY chain Kingfisher has joined the list of retailers promising to repay business rates relief received from the government during the Covid-19 pandemic, pointing to strong sales since its stores reopened in April (The Financial Times £).

The B&Q owner, Kingfisher, has joined other retailers in returning emergency taxpayer support, pledging to repay £130m it received in business rates relief (The Guardian).

The retailer says that while uncertainty remains, it is ‘confident’ it can address key risks and continue to grow (The Telegraph).

It follows similar announcement by most of the big UK supermarkets, including Tesco, Sainsbury’s, Lidl, Aldi, Asda, Morrisons, Whole Foods as well as Pets at Home and bargain retailer B&M (The Mail).

The Hut Group has raised its full-year sales forecast for the second time since its September listing as seasonal discounting events fuelled spending at the UK online beauty and health nutrition retailer (The Financial Times £).

In an unscheduled trading update, the online retailer said it now expects annual revenue growth to be between 38% and 40% year on year, compared with previous guidance of between 30% and 33% (The Times £).

After a year of explosive growth, Freddie’s Flowers has raised almost £5m from customers and investors by selling its first ‘flower bonds’ (The Mail).

Excess savings of about £100bn built up by UK households during Covid-19 lockdowns are now being spent and could speed up Britain’s economic recovery, according to the Bank of England’s chief economist (The Guardian).

Andy Haldane said that consumer spending had come back at a “real pace” in the first week of December, after the government relaxed the nationwide lockdown in England and people hit the high street to start their Christmas shopping (The Times £).

Global advertising spending was hit significantly harder by the 2008 financial crisis than the 2020 pandemic, according to forecasts highlighting the extraordinary resilience of digital marketing in the Covid-19 economy (The Financial Times £).