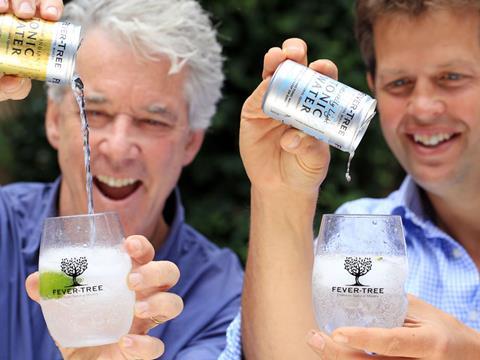 Fever-Tree boss Tim Warrillow pledges he is in for the long haul as shares fizz on a rosy outlook at the premium mixer brand, The Telegraph writes. Warrillow says he is not thinking about succession planning after 12 years at the top as the company again looks set to smash profit expectations in 2017. Shares in Fever-Tree rose 12% after the company upgraded forecasts for the fifth time in a year, indicating it expected full-year sales to be “materially ahead” of market expectations, The Financial Times adds.

Imperial Brands has arrested the decline in sales volumes of cigarettes in the second half of its year by focusing on key brands and keeping a lid on price rises, The Telegraph reports. Sales volumes fell 5.7% in its first half but were only down 2.6% in the following six months - against an industry average of 4.5%. The Times says that the maker of Davidoff cigars, Gauloises cigarettes and Rizla rolling paper has reported its ninth year of 10% dividend growth and promised to make it ten in a row.

Profits at Associated British Foods have surged as low-cost fashion retailer Primark has continued to power sales and the company’s sugar business enjoyed a highly anticipated recovery, The Telegraph notes. The food-to-fashion group recorded a 51% leap in statutory pre-tax profits to £1.5bn while adjusted operating profits grew by 22% to £1.3bn. Group revenues also jumped by 15% to £15.4bn. A strong year for Primark helped lift full-year pre-tax profits at ABF by 50 per cent as the chain gained market share on the British high street, The Financial Times writes. ABF, controlled by the billionaire Weston family, also benefited from a six-fold rebound in sugar profits and a boost from sterling’s weakness, as 60% of its sales are outside the UK. The Times adds that Primark defied the gloom on the UK high streets, with sales in Britain up 10% in the past year. Despite the strong results, shares fell 3.7%, or 123.66p to 3,219.34p, in morning trading as investors were left underwhelmed, The Mail says.

Fans of Nutella have been left outraged by a secret recipe change, The Guardian reports. Ferrero admitted it has ‘fine-tuned’ the chocolate spread to include more fat, more sugar and fewer hazelnuts.

Barry Callbaut, the world’s biggest supplier of chocolate and cocoa products, has seen sales accelerating significantly in recent months, amid signs global chocolate demand is reviving (The Financial Times). The Swiss company reported a 4.4% rise in sales volumes to 1.9m tonnes in its financial year ending 31 August. But the fourth quarter saw an acceleration to 9.2% growth.

A warm October has left UK fashion retailers feeling under the weather after non-food sales fell to the lowest level for five years, according to BRC-KPMG sales monitor (The Telegraph).