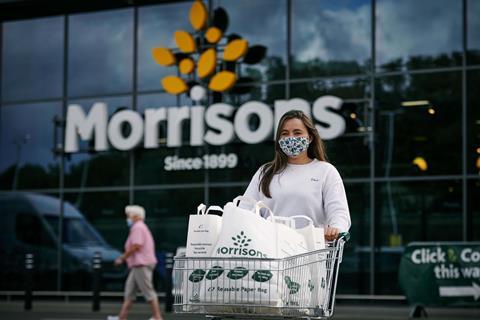 The man who transformed Tesco into Britain’s biggest retailer is scrambling to convince partners at American private equity firm Clayton Dubilier & Rice to back a 280p-a-share bid for Morrisons (The Telegraph). Private equity giant Clayton Dubilier & Rice (CD&R) is pondering whether to raise its offer for Morrisons after an increased bid for the chain came in from a consortium led by buyout rival Fortress. (The Times £)

The takeover of Morrisons has been backed by two influential shareholder advisers. Glass Lewis and its rival Institutional Shareholder Services, ISS, have circulated advice to major institutional investors recommending they vote in favour of the takeover by a group of foreign investors led by private equity firm Fortress. (The Daily Mail)

Ruth Sutherland in The Daily Mail writes that “if Morrisons’ board and investors grew a backbone, it could turn the tide against greed, short-termism and vulture capitalism”. “Neither bidder looks particularly fabulous as an owner for such an important business,” she writes. (The Daily Mail)

Mohsin Issa, one of the two billionaire brothers from Blackburn who run EG Group, the owner of Asda and Euro Garages, gave evidence last month during a court clash over Caffè Nero Mohsin, 50, said he did not need to ask for permission from the board before pursuing deals. (The Times £)

One of Britain’s biggest convenience store groups, McColl’s, is plotting a £30m cash call to accelerate the expansion of its partnership with Morrisons, the supermarket giant. A chunk of the proceeds is expected to be used to pay down some of its debt. (Sky News)

Petrol station forecourts fill up with supermarkets – They have become unlikely hot property as struggling grocers rush for the final frontier in the space race. But will electric cars spoil the party? (The Times £)

The lockdown delivery bonanza has resulted in disused railway arches and industrial units becoming home to some of the UK’s fastest-growing startups as “dark” stores and kitchens spread across the country. (The Telegraph)

Staff at Ocado have been told that they can work wherever they want in the world for one month a year in the latest reimagining of post-pandemic workplaces (The Times £).

Retailers have been accused of doing too little to warn customers about recalled cat food that has been linked to the deaths of potentially thousands of pets, prompting concern that some remains on sale in shops. An investigation by the Food Standards Agency, which began on 24 May, has yet to reach a conclusion about the cause of the deaths, but it has focused on the possibility of dangerous mycotoxins in batches of Applaws, Ava and Sainsbury’s hypoallergenic cat food. (The Guardian)

India’s Swiggy, the food delivery group backed by SoftBank, will seek to gain an edge over its listed rival Zomato by shifting the bulk of its business to deliveries of groceries and other goods (The Financial Times £)

The Times (£) talks to former Just Eat chief executive David Buttress on how personalising the customer experience was vital to the company’s growth. (The Times £)