Sainsbury’s and Asda win court hearing against the CMA 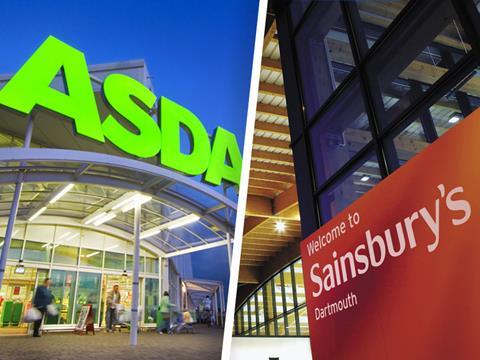 Sainsbury’s (SBRY) and Asda won a competition appeal tribunal against the Competition & Markets Authority to be granted extra time to respond to the merger enquiry.

The supermarkets took that action to request an extra 11 days over Christmas to respond to the merger enquiry material of “unprecedented size and complexity”.

Late on Friday afternoon news emerged that the court had ruled in the supermarkets’ favour that the CMA’s timetable for responding to the material and the date of its main party hearing were both unfair.

However, the court did not specifically grant the supermarkets’ request for the further 11 days to respond, allowing the CMA to amend its own timetable for the enquiry process.

A CMA spokesperson said: “We are pleased that the court has confirmed it is for the CMA to set its own timetables and indicated that we do not need to grant an extension until 4 January, as requested by Sainsbury’s and Asda. The CMA will now consider how much more time to give the parties.”

“Our first priority in this investigation has, and will continue to be, assessing if shoppers would face higher prices or a lower quality of service as a result of the merger and, if so, to prevent that from happening.”

Sainsbury’s and Asda stated: “The Parties took this step reluctantly and look forward to re-engaging with the CMA and Panel and working constructively with them going forward.”

Last week the CMA restated its determination to hit the statutory deadline of 5 March 2019 for a final decision on the case.

Sainsbury’s shares have fallen a further 1% this morning to 272.7p on the news on top of last week’s falls.

The shares were trading close to 300p on Tuesday before news of the legal challenge emerged.

Unsurprisingly in the final week before Christmas the company announcement calendar is pretty bare, though there are a number of economic announcement to keep the City interested.

There are no scheduled company announcements of note in the UK this week, though there are a couple of US companies planning to update the market.

On Wedneday General Mills will issues its interim results, while Walgreens Botts Alliance (WBA) will release its first quarter earnings figures on Thursday.

In terms of economic news, UK inflation numbers for December will be out on Wednesday morning.

The official ONS retail sales for the month will be issued on Thursday, while the Bank of England’s latest decision on interest rates will also arrive on Thursday.