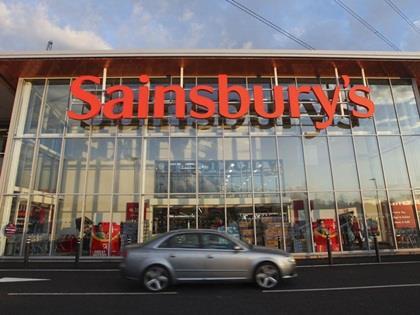 Sainsbury’s remained behind its listed rivals this week as profits continued to drain away. Its shares slumped 7% to 238.7p after reporting a 10% fall in underlying profits to £277m in the first half as deflation continued to plague the industry.

Sainsbury’s stock is down more than 8% so far in 2016 compared with a resurgence of investor confidence in Morrisons and Tesco, which have soared 44% and 34% as their recoveries gained traction. Like-for-like sales at Sainsbury’s were down 1% in the six months to 24 September despite a growth in transactions and volumes.

David McCarthy at HSBC was pessimistic about its prospects. “Declining profits, returns and dividends in a difficult industry, where the market leader is recovering and is under improved management, does not look attractive to us,” he said.

However, John Ibbotson at Shore Capital commented: “We are very relieved and pleased to see that the Argos deal is on track, with the company reiterating its guidance on synergies and the cost of their extraction, [and] the supermarket business continues to deliver a sound performance.”

Marks & Spencer share sank by 5.2% on Tuesday back to 331p as its underlying profits plummeted 18.6% in the 26 weeks to 1 October to £231.3m amid continual failure to turn around its falling clothing and home sales.

New boss Steve Rowe unveiled the results of his strategic review, pinning his hopes on M&S’ durable food business to mitigate its struggles in clothing. He proposed a 50:50 split for food and clothing/home over the next five years, in addition to his previous pledge to open another 200 Simply Food stores. Despite this, M&S reported a 0.9% like-for-like fall in grocery sales, though new space meant the category was up by 4%.

The numbers were soberly greeted. Retail Vision’s John Ibbotson summarised: “When in July it posted its worst results for a decade, many thought things couldn’t get any worse. But they just have… Reallocating space from food to clothing should boost sales in the short-term but won’t address M&S’ slide towards fashion irrelevance.”