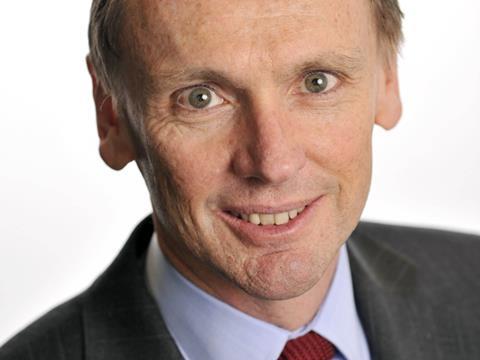 Tesco has announced that its chief financial officer Alan Stewart will retire and leave the company next year.

Tesco said it will now conduct a “thorough” search both internally and externally to identify a successor.

Tesco said Stewart has played an “instrumental role in the turnaround” of the supermarket.

It said he has led the corporate restructuring, rebuilt the balance sheet, guided Tesco back to investment grade and played a huge role in the financial transformation of the business in the last 6 years.

CEO Dave Lewis commented: “Alan has been an outstanding leader and partner at Tesco. He has made a huge contribution and on behalf of all of Tesco colleagues I would like to thank him for all he has done.”

Chariman John Allan added: “Alan has made an impressive and sustained contribution both as CFO and as a Board Member to Tesco’s turnaround. On behalf of the Board I would like to thank him for his continued contribution and, when the time comes, wish him well for the future.”

Stewart commented: “Being part of the team that has delivered the turnaround at Tesco and set it up for the next stage means an incredible amount to me. I shall continue to focus on delivering the strategy, supporting the business and my colleagues through the next 11 months, knowing that the business is in a strong position as we move forward.”

English win producer Gusbourne announced a “a strong start” to the first three months of the year with revenue performance ahead of directors’ expectations despite the coronavirus lockdown restrictions.

Since the end of March 2020, the distribution channels of the company have been impacted by Covid-19.

However, the company has been able to engage in a number of new sales initiatives to mitigate this impact and has seen increased demand for wine in some channels, especially online.

On the production side, both vineyard and winery operations have continued to work through the lockdown with appropriate safety protocols put in place. The Company has furloughed a number of staff, particularly in the sales function and taken various steps to reduce costs at this time.

Whilst the immediate outlook for sales remains uncertain, the company’s directors “remain confident about the group’s longer-term prospects beyond Covid-19”.

The company also announced this morning that it has entered into a new £10.5m asset-based lending facility with PNC Financial Services UK.

The new facility will be used to refinance certain existing debts, provide additional liquidity for the company and to provide long term finance to the company at a competitive rate.

The FTSE 100 shrugged off protests in the US and concerns over the lack of rapid reduction of coronavirus cases in the UK to end the day up 1.5% at 6,166.4pts.

Retailers reopening stores were amongst the biggest risers, including Associated British Foods, which yesterday announced the phased reopening of its Primark store estate, was up 8% to 1,967p, travel retailer SSP Group rose 7.7% to 300.6p and WH Smith was up 4.2% to 1,108p.