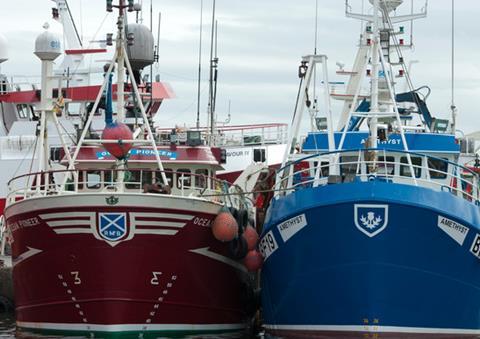 The Marine Stewardship Council has confirmed North Sea cod’s status as a sustainable species has been suspended after stocks dropped below safe biological levels.

The suspension affects all MSC-certified fisheries targeting the North Sea cod stock. It follows the recording of a drastic fall in spawning stock biomass by the International Council for the Exploration of the Sea (ICES) in June, which recommended a 63% reduction in the fishery’s total allowable catch after stocks fell from 167,711 tonnes in 2017 to 136,231 this year.

The loss of certification marks a significant reverse for North Sea cod stocks, which were previously thought to be in good health.

While stocks fell to a low of just 43,739 tonnes in 2006, industry collaboration helped revive the fishery during the next decade, leading North Sea cod to regain its MSC certification as sustainable in 2017.

The NGO said the causes of the fishery’s decline were “unclear”. However, scientists suggested it may be a result of factors such as warming waters – driven by climate change – and fewer young cod surviving into adulthood for the past two years.

It occurred despite industry initiatives to actively avoid catching juvenile fish, the MSC added. This had been achieved through improving fishing selectivity and avoiding spawning grounds, features that were instrumental in the fishery regaining certification in 2017.

“The decline in the North Sea cod stock is a worrying development, with the latest stock models suggesting the fishery has not recovered as well as previously thought,” said MSC UK & Ireland programme director Erin Priddle.

“The independent auditors have now examined the latest advice and concluded this drop in the stock – below the safe biological level – coupled with a recommended sharp cut to quotas and management shortfalls, means that the North Sea cod fishery no longer meets the MSC standard,” she added.

“While this news is devastating for industry, it is a testament to the MSC standard working as it should: to pick up on threats to stock sustainability, as is the case with North Sea cod.”

It was “imperative the industry now worked collaboratively” with fishery managers, NGOs and the wider seafood supply chain to introduce effective measures that would see the fishery regain certification, she insisted.

The Scottish fishing industry has committed to a five-year fishery improvement project to return the stock to health.

“The industry is concerned that notwithstanding their best efforts to continue to rebuild North Sea cod, some developments are taking place that seem beyond their control,” said Mike Park, chairman of the Scottish Fisheries Sustainable Accreditation Group.

“That said, it is committed to introducing balanced and proportionate measures in an attempt to reverse the decline. We will be liaising closely with managers to ensure that these measures apply to all vessels operating within the mixed demersal fishery.”

How industry collaboration put cod back on the menu