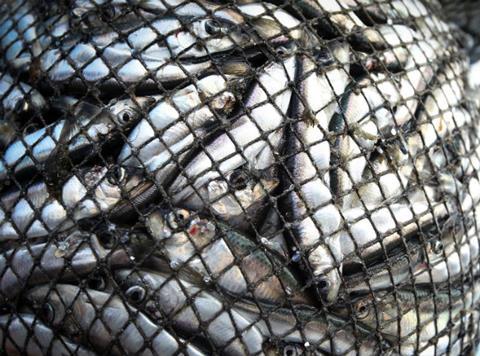 Plans to strengthen rules around how fisheries become MSC certified will have to go back to the drawing board after they were rejected by a “majority” of its stakeholders.

The Marine Stewardship Council’s board of trustees last week said it would reopen its review of its Unit of Assessment requirements “following feedback by NGOs and industry”.

The NGO announced in January it would require “all fishing activities on a target stock on a single trip to be certified against the MSC’s standard for sustainable fishing”.

MSC to toughen up rules on sustainable fishing trips

The announcement followed criticism of the MSC by campaign groups and retailers over the issue of ‘compartmentalisation’, whereby fisheries can be certified as sustainable for certain portions of their catch, even if crews also catch non-certified fish using unsustainable practices on the same trip.

A final policy decision was due to be finalised by this month, “following further analysis, testing and consultation with more than 50 interest groups ranging across the NGO, fishing and commercial sectors”, said the MSC.

However, that consultation presented a number of objections to the MSC’s proposed new policy, with a “majority” of groups deciding not to support its chosen solution, and “many concerned that it would be difficult to operationalise”, potentially pushing a resolution back to the start of 2019.

Anonymised responses to the proposals included concerns by one group which questioned the very notion a vessel could be certified as sustainable if it also practised unsustainable practices while using the same gear on the same stock and on the same fishing grounds.

The group added such a policy would “allow them to reap the market benefits of certification while having no incentive to address the environmental impacts of their non-certified trips”, and would be misleading to the public.

Read more: A blue tick for the MSC as it mends a hole in its net

Another respondent said the MSC needed to make sure “all fish (not just the target stock) caught on a vessel” should be caught under MSC standards to be eligible for labelling as MSC certified.

Meanwhile, another respondent warned the proposals would allow certified fisheries or fisheries seeking certification to “ring fence” the “problematic” aspects of their fishing operations by confining those to non-certified trips.

There were also concerns that the new requirements could affect the livelihoods of smaller-scale fishing crews who may be disqualified from being certified due to a small bycatch of non-targeted fish, added a fourth respondent.

Reflecting its “commitment to addressing this issue”, the MSC board has now instructed the MSC to “investigate alternative options over the next six months and produce a new solution which will be presented for formal consultation”, the MSC said in a statement.

“It has become clear that there are many practical challenges to implementing the proposed revision to MSC’s Unit of Assessment requirements. In particular, the likelihood that such rules could negatively impact on developing world and small-scale fisheries. MSC is therefore reopening the review and is committed to working with our stakeholders to find the right solution to this highly complex challenge,” he added.

“The solution we found in January clearly did not have the backing of the NGOs and industry groups involved, many of whom felt it would be difficult to apply in fisheries,” Currey added.

“As a result, we will be focusing our efforts on finding a better solution that will further strengthen the programme’s ability to catalyse improvements in global fisheries and which will have the support of these key groups.”

The decision to reopen its review into standards follows research by pressure group Make Stewardship Count in May, which warned the MSC’s handling of a number of critical issues around how fisheries were certifiedcould ultimately harm consumer confidence in it. The Commons Efra Committee has also announced plans to probe how effective MSC certification is at ensuring fisheries are sustainable in its upcoming Sustainable Seas inquiry.