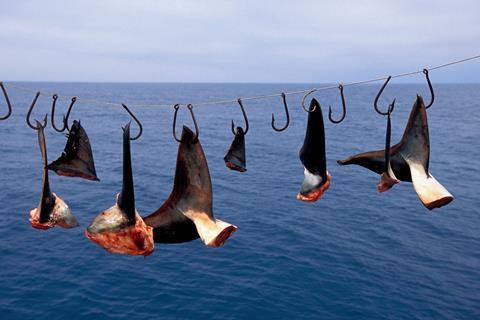 The Marine Stewardship Council’s board of trustees has approved proposals to tighten its rules on controversial fishing practices such as shark finning and fishery compartmentalisation.

A new fishery certification process - the assessment by which fisheries are judged against the MSC Standard - will be introduced next month. It includes more “stringent requirements” to eliminate shark finning in MSC-certified fisheries, including a two-year ban for those caught employing the practice.

The FCP also confirms the removal of the possibility of compartmentalisation - where a vessel can catch fish to certified and non-certified standards on the same trip. The new rules will also see the NGO improve the transparency of its assessment procedures.

Approval of the changes to the MSC’s rules follow a rejection of similar reforms by stakeholders in August 2018.

Compartmentalisation and shark finning have represented a major point of conflict between the MSC and environmental NGOs over the past two and a half years.

Campaign group On the Hook welcomed the MSC board’s decision on compartmentalisation, but a spokeswoman stressed “it should not have taken the MSC so long to get to this stage”.

Questions also remained over some technicalities of the new fishery certification process, she added, amid fears the wording of the MSC’s rules may be open to interpretation.

The updated FCP’s proposals for a two-year ban on shark finning follows the publication of a letter by a group of 51 industry representatives, academics and NGOs last month, which accused the MSC of failing to tackle the issue.

However, the new rules needed to go further “on the basis that detection and prosecution rates for shark finning are notably low, rendering a measure based on convictions wholly inadequate”, said the On the Hook spokeswoman.

In addition to the FCP’s new rules, the MSC said it had also launched a consultation - part of its ongoing five-year fisheries standard review - that could further strengthen rules on shark finning.

This was part of a wider piece of work on safeguarding endangered, threatened and protected species, best practice regulations and management systems to stop shark finning, and supporting the avoidance of fishing gear loss, it added.