Londis' first ever Wine Festival boosts sales by 60% across estate 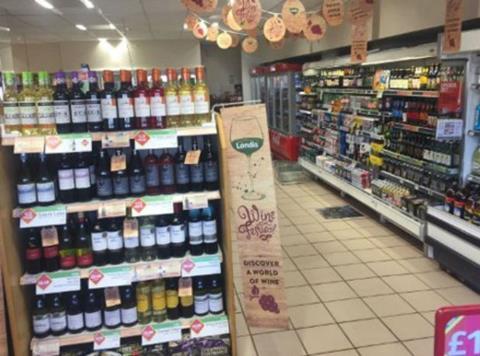 The Londis Wine Festival has received good feedback from retailers

Londis’ first ever Wine Festival has boosted sales of the category by 60% across its estate.

The four-week promotion featured offers including half-price deals on Silent Lake and Isla Negra, as well as bottles of Oyster Bay and 19 Crimes for less than £8.

The success of the activity prompted the convenience chain to hold a Beer & Cider Festival, which began earlier this month, and further events have been planned for the year.

“The feedback from our retailers regarding the Wine Festival has been fantastic and we have seen some superb in-store execution across the estate,” said Martin Swadling, Londis brand director.

“Having market-leading deals like Jacob’s Creek at £4.99 and Frontera at £4.49 really showed shoppers the great value available at their local Londis store. The wide range of different wines available attracted new shoppers to the category as well as driving more footfall to increase incremental sales.”

“The exclusive wines sold really well and the Mega Deals on Jacob’s Creek and Frontera sold in big volumes,” he said. “The use of Taste Cards was a great touch and I will definitely continue to use them.”