Time has come for a new debate on food affordability

Poor households are making drastic cuts to food budgets. But notions of which foods are affordable are often wide of the mark 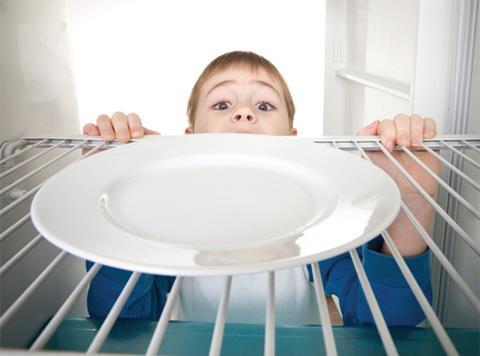 Weather problems and failed harvests around the world have put fears about rising food prices firmly back on the national agenda.

New Defra data on food prices, published in the department’s food statistics pocketbook last week, suggests UK food prices have already increased by 12% in real terms since 2007, with the UK suffering sharper increases than many of its EU neighbours.

The prospect of further price rises - be it through transport costs or problematic grain harvests in the US and the Black Sea region is therefore a growing concern for many consumers, but especially those on low incomes.

Defra’s assessment of food affordability paints a bleak picture of how the diet of the nation’s poorest 10% has deteriorated since the financial crash. Between 2007 and 2010 (the most recent period analysed by Defra), low-income households cut the amount of food they buy by 11% in volume terms, as a “double effect” of food price inflation and lower incomes dramatically reduced food affordability.

“While trading down to cheaper products has helped many people offset some of the food price rises, low-income households have not managed to trade down, possibly as they were already buying cheaper products,” Defra suggests in its pocketbook.

The picture looks bleaker still when looking at the food groups low-income households have chosen to cut down on. In 2010, the poorest 10% bought 26% less carcase meat than in 2007, 25% less fruit and 15% less veg, according to Defra calculations.

So with the nation’s poorest apparently running out of options on key staples, are the food industry and the government doing enough to promote affordable, healthy food choices for all segments of society?

The Department of Health says it encourages people to eat a varied diet and stresses this does not have to be more expensive. “We are helping people plan and cook simple, healthier meals through Change4Life,” a spokesman adds.

This appears to be backed up by Defra’s own analysis - in fact, the food category that has experienced the sharpest price rises is not fresh produce but processed foods, which have become 36% more expensive since 2007. Fruit is in second place, with a 34% increase, while veg is ranked 10th, having risen by 22% over the past five years.

Despite price increases on fruit and veg, the department has calculated that poor households could eat within the Eatwell healthy eating guidelines if they spent just 21p more on food per week and changed their buying patterns.

At present, low-income households spend £16.49 per person per week on foods within the Eatwell categories, but they could meet all Eatwell criteria by increasing spend to £16.70 and spending £2.77 a week less on high-fat/high-sugar foods, £1.88 more on bread and other starchy foods and £2.22 more on fruit and veg.

“We’re pushing very hard to convince the Department of Health that what we need to do is deflate the myth that cooking from scratch and using fresh produce is more expensive,” says Opie. “retailers are doing a lot to keep fruit and veg affordable - from running record numbers of promotions to putting more produce into their basic ranges.”

With higher food prices set to return in many categories and the dietary health of some of the country’s most vulnerable households at stake, the time is right for our national dialogue about food prices to evolve from the one-dimensional “food getting more expensive” to a more nuanced discussion about what really does constitute food affordability - and how to achieve it for everyone.