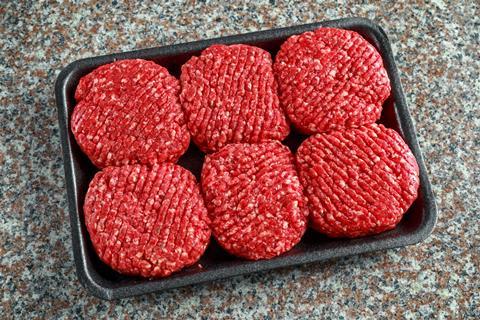 Processed foods are believed to be most susceptible to food fraud

Two fraudulent horsemeat shipments were seized in Europe last week, marking the start of an expected surge in food fraud.

The seizures have reinforced concerns among food safety experts that criminals will target food supply chains disrupted by the pandemic.

The horsemeat samples were held in the Netherlands and Denmark, with one intended for “unauthorised placing on the market,” according to the EU’s RASFF food safety register.

“You’ll see that regulators across Europe will probably now be looking at horsemeat and the labelling of it much more closely because those two cases have been identified,” said Louise Manning, professor of agri-food and supply chain security at Royal Agricultural University.

It was “unusual” to have two horsemeat seizures in as many days, she said, though it was unclear whether it was due to increased fraud activity or greater vigilance.

The risk of food crime has soared during the pandemic as the collapse of foodservice and the closure of meat processing plants has created a dramatic imbalance in supply and demand.

“There’s a tsunami of goods needing to find a home: pork from eastern Europe, beef from Ireland, chips from Brussels,” said one senior farming industry source.

With huge volumes of food now unprofitable and buyers often turning to the spot market to meet increased retail demand, many supply chains are increasingly exposed to exploitation.

“If you’ve got disrupted supply chains then there’s also the potential for more risk of bad behaviour,” said Manning.

Three Irish meat processing plants closed last week, while in the US, Tyson Foods and JBS have shut plants that handle 40% of the country’s pork. Their closure will leave more than a million pigs a week unable to be processed, according to agricultural economist Jayson Lusk.

It has left many questioning where the excess supply will end up.

“Where are those pigs going?” asked Liam Fassam, associate professor of supply chain management at the University of Northampton. “They’ve got to go somewhere, and I guarantee you somebody, somewhere will be capitalising out of this. They’ll find a way to route that out of the country and it will come into the supply chain.”

Although many supply chains tightened their security following the 2013 Horsegate scandal, gaps would still remain, said Fassam. Processed foods are believed to be most susceptible as dozens of actors can be involved in the supply chain, making comprehensive oversight difficult.

An FSA spokeswoman said it recognises “the potential increase in criminal opportunities arising from Covid-19 due to disruptions to food chains and associated changes to supply and demand, here and globally.

“We are working with local authorities and other law enforcement partners and industry to identify these opportunities being exploited by criminals and will take action to deal with them.”