Community Fridge secures funding to roll out project across UK 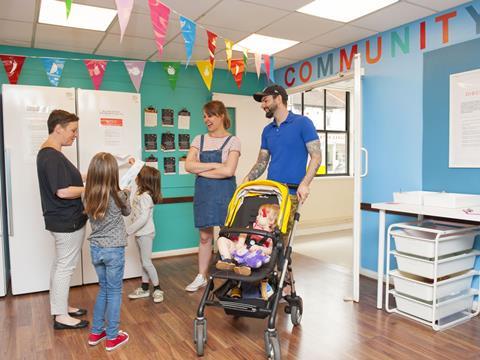 Fifty community fridges are set to roll out across the UK over the next three years after the Community Fridge Project secured £160,000 in lottery funding.

Set up by environmental charity Hubbub in July to reduce food waste, the project will double its number of sites from 22 to more than 50 in 2018. And by 2020, it hopes to have a total of 70 fridges.

The expansion will be funded by a £160,000 grant from the National Lottery’s Big Lottery Fund, announced this week.

Initially, Sainsbury’s donated its surplus fresh produce to be picked up by local organisations and residents, but the project later widened to also accept donations from local residents.

Following the evaluation of its Swadlincote initiative, Sainsbury’s pledged to become the “lead supermarket partner” in donating food to the UK’s community fridge network.

“Having trialled the concept in a rural market town in Derbyshire and then within an urban community, we’ve now supported 30 fridges across the country from Peterborough to Pembrokeshire and many places in between,” she said. “We know from our experience that not only do community fridges provide fresh food to those that need it most, they also bring people together and help connect our communities.”

Hubbub CEO and co-founder Trewin Restorick added: “It’s astonishing that so much edible food ends up in the bin. A community fridge is such a simple way to make sure healthy, perishable food gets put to good use and it serves a much wider role in bringing communities together. We’d love to see these in place right across the UK and we’re particularly keen to hear from people in the South West who would be interested in joining us.”