Food waste: Champions 12.3 coalition says businesses can do 'much more' 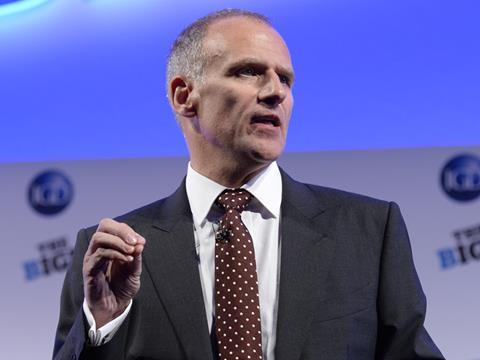 Businesses must do “much more” to turn the UK’s world-leading knowledge about food waste into meaningful action, according to a major new report from a coalition headed by Tesco’s CEO.

It was not enough for the UK to have the most extensive estimates of country-level food waste in the world, said a report by Champions 12.3, a coalition of leaders from government, business and civil society headed up by Tesco boss Dave Lewis. Instead, it called on companies to “mobilise action” and accelerate progress.

But it argued that Europe and other regions must do more to tackle the “enormous scope of the food loss and waste challenge”. “Impact only occurs if people act,” it said. “Governments and companies should accelerate and scale up adoption of policies, incentives, investment and practices that reduce food loss and waste.”

The report said one third of all food produced is never eaten by people, describing the impact of the loss and waste worldwide as “tremendous”.

“Food loss and waste is responsible for $940bn in economic losses and 8% of greenhouse gas emissions annually,” it said. “Around 88 million tonnes of food are wasted annually in the European Union, costing an estimated 143bn.”

Lewis said other retailers needed to follow in the footsteps of Tesco, which was named the best supermarket for tackling food waste this month in a ranking developed by The Grocer. “It is vital that organisations begin measuring food waste, and set reduction targets,” he said. “In 2013, Tesco became the first - and to date only - UK retailer to publish its food waste data. It was a move that was instrumental in showing us where we needed to focus our efforts. Once we identified the problem areas, we knew where to act.

“By measuring food waste, setting targets and building action plans, organisations are able to manage food waste as they would other business-critical processes.”

Nestlé CEO Paul Bulcke said there was a need for more collaboration among companies to fight food waste. “I am convinced that by working together, we can accelerate efforts and develop effective solutions to help reduce food loss and waste globally,” he said.