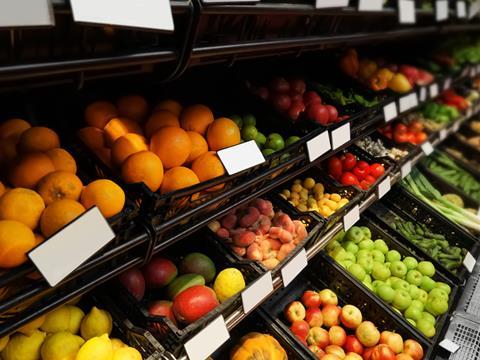 More than nine in 10 (92% of) customers believe supermarkets have a responsibility to reduce food waste, according to a poll exclusively shared with The Grocer.

Only 3% of respondents said they do not feel the onus is on supermarkets to decrease levels of food waste.

The research from consultancy firm Newton found over two-thirds of shoppers cited the sale of imperfect fresh produce as the top method for supermarkets to help prevent produce from being thrown away.

Newton acknowledged retailers’ campaigns to this end, such as Tesco’s Perfectly Imperfect range, Lidl’s Too Good to Waste vegetable boxes and Asda’s Wonky Veg initiative, but it highlighted a study from the University of Edinburgh which found 4.5 million tonnes of food that does not meet artificial specifications never gets placed onto supermarket shelves.

Consumers also have a part to play in helping reduce food waste, with almost three-quarters (73%) of respondents admitting they regularly throw food away. Around a quarter (23%) said they forget what they have purchased so food goes off. Fifteen per cent said food over-ripened too quickly, and 14% said poor packaging accelerates food decomposition.

Just one fifth of shoppers surveyed said they check the use-by date before throwing away food.

To counteract food waste on consumers’ part, there are several steps respondents believed retailers could take. Over half (52%) said they would like the option of buying loose fruit and vegetables or buying in smaller portions (45%). Almost a third (30%) said they wanted food sold in packaging that better prolongs the life of the product, or to be offered a delayed bogof deal that would enable them to collect the second within a realistic time frame when they need it. Twelve per cent revealed they have been encouraged by supermarkets to over-purchase through existing deals with no option to delay.

“It’s clear consumers want to see retailers doing more to minimise waste, such as selling more loose produce and smaller portions. But in reality, convenience is a huge driver for consumers and everyday low prices come from supermarkets being able to sell in packs,” said Paul Harvey, partner at Newton. “Retailers have the capability and information to help consumers waste less, but both sides need to work more closely in order to understand the implications of change.

“Retailers can take action to minimise food waste to meet consumer demands in ways that won’t heavily impact their cost base, such as moving away from using black plastic packaging as much of this colour isn’t correctly picked out in recycling plants. They need to be able to mitigate any increased production costs so they can deliver greater choice for consumers.”

Harvey said one such initiative could be to work with the government to encourage new green tax incentives to enable retailers to invest more in their supply chains, and move towards ‘greener’ alternatives together.