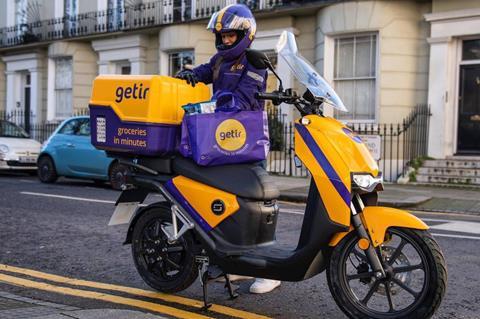 Both services have launched in London this year, fulfilling grocery orders made via their apps from dark warehouses, with delivery within 10 minutes.

Having been founded around nine months ago, Gorillas becomes the fastest European startup to achieve unicorn status.

“When we started the Gorillas journey in 2020 in the midst of a global pandemic, we could not have believed how fast we would be reaching our milestones and how we’d be killing it in each of our markets,” the company said.

Gorillas said it would be sharing a $1m bonus among its riders and warehouse workers as a result of the company’s achievement.

Getir achieved its $1bn-plus valuation in five-and-a-half years, making it the fastest Turkish unicorn. It expanded from Turkey to the UK earlier this year, serving customers in London zones 1 and 2. The company plans to expand into three more European markets: Germany, France and the Netherlands – in the first half of this year.

Furthermore, “once the spread of the Covid-19 virus settles we also intend to start operating in Brazil”, said Getir founder Nazim Salur.

The funding rounds for Getir and Gorillas are part of a flood of investment into ultra-fast grocery brands. “Quick-commerce startups – the 15-minute delivery from local dark stores – the last newborn in the grocery space, drew the most attention” in food-related investment so far this year, found analysis by Dealroom.co. Prior to the most recent announcement, quick-commerce startups had raised $307m in the first quarter of 2021 alone.