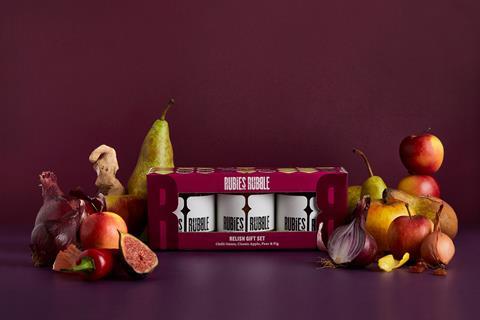 Kale United has already signed distribution deals with Rubies in the Rubble, Mighty Pea, Heura, Bärta, Hooray Foods and others

Plant-based network Kale United has launched its fourth funding round to raise a further €2.2m (£2m) by Christmas to drive further expansion.

Launching to the public on the Swedish crowdfunding platform FundedByMe on 23 November, the funding round has already attracted more than €1m from private investors.

The fresh investment round will support the Swedish network as it continues to build out a portfolio of plant-based companies and support the distribution of its brands in Scandinavia and beyond.

Since launching in 2018, Kale United has made several investments, including the acquisition of Astrid & Aporna, Scandinavia’s first and most well-known vegan brand. The company has also signed distribution deals with Mighty Pea, Heura, Bärta, Hooray Foods, Rubies in the Rubble and others.

Kale United founder Måns Ullerstam said: “It’s hugely encouraging to see our latest investment attracting more than €1m before we open to the public; a testament to the potential Kale United has to further expand its leading portfolio of plant-based companies.

“Kale United has already attracted over 500 investors from 30 companies, taking plant-based game-changers to the Scandinavian market and beyond with investments in more than 30 brands and more than 10 distribution deals, and counting.”

The €2.2 funding from this round would be used to acquire new brands and further expand the distribution network to help scale the companies in the portfolio, he added.