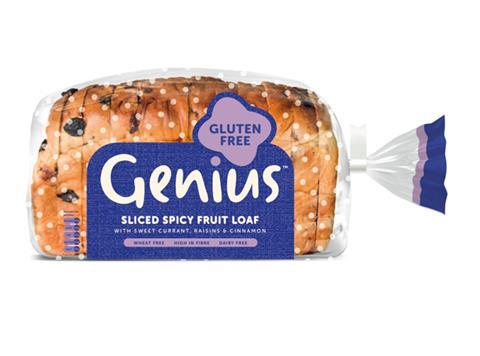 Genius is launching in the Middle East for the first time

Free-from bakery brand Genius is going on sale in Middle East for the first time this week.

The UK business has signed a deal with Middle Eastern supermarket chain Spinney’s to supply nine Spinney’s stores and four Waitrose shops it operates under licence. The listing will extend to 78 outlets over the coming months, and include locations in Dubai, Abu Dhabi and Ras Al Khaimah.

“The contract with Spinney’s significantly increases our global footprint at a time when we are strengthening our position as the market leader in gluten-free bakery in the UK, while taking advantage of opportunities overseas,” said Genius chief executive Roz Cuschieri. Genius products are also available in Australia, Spain, Holland, the US and Canada.

The company has recently secured new listings for its brown and white 350g Sandwich Bread in Tesco Express (1,125 stores) and Morrisons (258 stores). It has also launched a gluten-free crumpet, which is sold in Sainsbury’s and Asda.