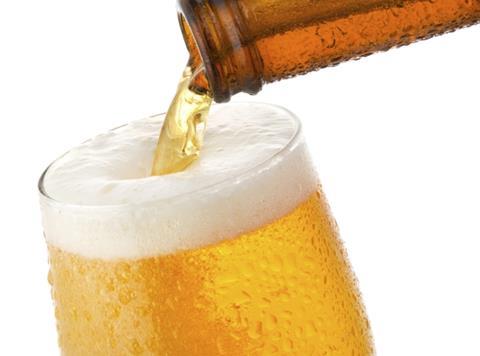 Pressure from the health lobby is holding back development of higher-strength premium beer in the UK, industry observers have suggested.

Politics had played a role in UK attitudes to higher-strength beers suggested Mintel global drinks analyst Jonny Forsyth. “Brands like Carlsberg Special Brew have given high-ABV beers a bad name, and the big brewers have agreed to cut a number of alcohol units from UK sales,” he said. “The UK is also unusual in that it has The Portman Group, which is very proactive in voluntarily initiating responsible drinking rules.”

“If you’re a producer you’re not going to take a risk in producing above 6% even though you’ve got a market opportunity and you know the drinker wants to buy those beers,” he added. “It’s prohibition through the back door.”

The Mintel research found 35% of UK beer drinkers said they preferred beer with a high alcohol content, compared with 14% who said they preferred low-alcohol beer. When asked which factors they would associate with premium beer, 44% said ‘It has a higher percentage alcohol content (ABV) than other beers’ – almost the same as the 45% who said ‘Made by a craft/small-scale brewer’.

“The consumer identifies high-strength beers as being better quality,” added McNally. “Their choice is being restricted by the health lobbies, The Portman Group, local councils, police and trading standards, who have some kind of vendetta against high strength beers and ciders,” he added.

But Sir Ian Gilmore, chair of the Alcohol Health Alliance, dismissed suggestions that health lobbyists were harming NPD, pointing out that two independent assessments of the Responsibility Deal – which saw the industry pledge to remove a billion units of alcohol from the market by December 2015 – suggest it has had little impact on innovation.

“I don’t think it’s always helpful to compare with other countries,” he added. “We are where we are, and we know that many of our problem drinkers gravitate to the cheapest, strongest drinks.

“People are often unaware of the strength of drinks, and they’re unaware of how much they’re drinking.”