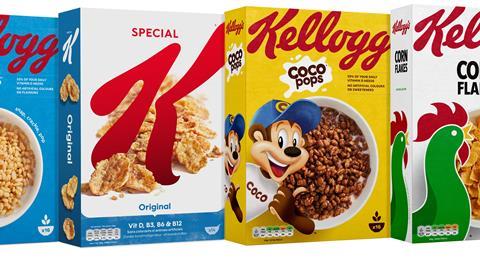 How has Kellogg’s escaped HFSS ban, and how can others in the cereal category?

As Kellogg’s announces four of its five bestsellers will be non-HFSS, will the impact of new rules on the cereal aisle be less dramatic than feared?

HFSS. Never before have four letters struck such terror into food and drink’s biggest suppliers. From confectionery to ready meals, bagged snacks to yoghurt, the government’s impending crackdown will see HFSS products banned from offering multibuys, or occupying prime retail space, or advertising online or on TV before the watershed, in the most draconian crackdown ever seen in the UK.

The threat of such restrictions has prompted Kellogg’s to announce this week that it is slashing the sugar and salt content of a vast swathe of its products to bring them under the threshold to escape the clampdown. First up, it will be removing 10% of the sugar from its kids’ cereal range, and at least 20% of the salt, making them all non-HFSS by the end of 2022.

Next up it will cut Krave’s sugar content because, it says, it is particularly popular with young adults. Last – but by no means least – it will reformulate its bestselling Special K cereal. Its Coco Pops, Corn Flakes and Rice Krispies brands are already non-HFSS. This means four of its five bestsellers (Crunchy Nut will remain HFSS) and its entire kids’ range will come under the threshold.

New and improved products that will escape the HFSS ad ban

So how has Kellogg’s been able makes its cereals non-HFSS? And what progress are Kellogg’s rivals making on reformulation?

If Coco Pops is anything to go by, it’s been a bit of a journey: a reformulation in 2011 saw 15% of sugar removed, though it was replaced by starch from grains and glucose syrup, and the calorie count was not reduced. In 2016, the sugar content was cut from 35g to 30g. The 2017 launch of Coco Pops Granola lowered the bar still further to 18g while Coco Pops itself followed suit a year later.

The nutrient profile model on which HFSS products are measured doesn’t only take the reduced sugar content into account: it balances four ‘negative’ nutrients vs three ‘positive nutrients’ (see box, below) – and the reformulations have also seen more fibre added.

HFSS classification: how does it work? 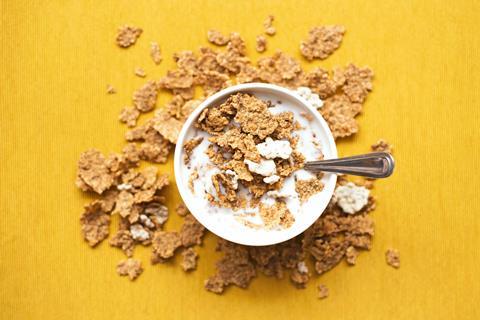 The DH will use the nutrient profiling model, based on nutrients per 100g.

Food and drink products are scored from one to 10 for four ‘A nutrients’ – energy; saturated fats; sugar; and salt. Scores from one to five are then subtracted for three ‘C nutrients’ – fruit, veg, nuts (not including seeds); fibre; and protein.

Such reformulations require serious skill. “Reformulation is a real challenge for established businesses because all the changes will either increase cost or impact taste,” says an industry source. “It can be done but it takes a lot of time and effort, and not inconsiderable risk.”

There “simply isn’t a one-process answer – it involves going round and around on different recipes. It’s amazing how tiny differences can make quite a big impact on the palate.

“At the same time, they will have finance directors on their back about lowering margin or using more expensive ingredients. I imagine [Kellogg’s] will have been working on this for two or three years.”

Indeed, says a Kellogg’s spokeswoman: “The process is trial and error, and we will typically test a number of new approaches before we finalise any new recipes. Getting the taste right is particularly important and challenging.”

It is likely, continues our source, that “they will have found a way to reformulate without increasing price – maybe there’s a cost saving in the packaging”.

Simultaneously Kellogg’s also revealed its Special K and Bran Flakes brands will move into smaller packs containing the same weight of cereal but using significantly less cardboard – saving 191 tonnes less per year, according to the supplier.

But the Kellogg’s spokeswoman stresses the changes to packs are “part of our commitment towards ensuring our packaging is recyclable, reusable or compostable by 2025”.

Reformulation is crucial for cereal brands due to the sheer volume that gets sold on promotion in the category.

“Promotions are fundamental for driving trial or if you’re trying to bring anything new to the category – new flavours or a new brand for instance,” says the source. “Being able to disrupt the shopping experience by standing out is really important. Gondola ends probably double the effectiveness of on-shelf promotions. It’s a big deal.”

Hence Kellogg’s rivals are reshaping their portfolios ahead of the clampdown too.

Nestlé-owned Shreddies, for instance, rolled out a new ‘simple’ version of the cereal in April, made with just four ingredients – wheat, fruit purée, date syrup and a pinch of salt – which is non-HFSS.

However, says Nestlé’s Cereal Partners Worldwide VP UK & Australia Gharry Eccles, Nestlé has been reformulating since long before the upcoming restrictions were announced.

In fact, he says, the bulk of Nestlé’s cereal portfolio has already gone non-HFSS. “Shreddies went non-HFSS a few years ago and we launched a low-sugar Shreddies in March. Cheerios, Golden Nuggets, all of our brands are in the process and the majority have completed that journey.”

This, ironically, means despite the explosive debate around the restrictions, the cereal shelves may not end up actually looking that different when the rules change.

Our source argues this shows “the whole HFSS thing is working – the point was never to limit choice but to get the big companies to reformulate. It is driving change.” In short, healthy brands that were hoping for a competitive advantage against the big boys come next April may be in for a surprise.

And it’s important to note that retailers certainly haven’t stopped listing sugary cereals. Take Pret a Manger’s branded granola range, which recently launched into Tesco. It contains 20.3g of sugar per 100g. For unashamedly premium propositions like this, a far cry from being mainstream bogof fodder, being able to discount, promote and advertise is generally a significantly less crucial part of the strategy.

Then there are some for which reformulation may simply not be possible. Like Kellogg’s top-selling Crunchy Nut, which contains 35g of sugar per 100g and has been conspicuously absent from its recent announcements. “I don’t think it would be possible to reformulate that without dissatisfying consumers. You would have to materially change it and consumers don’t want that,” says a second source.

Which means even if most brands are reformulated, the restrictions could still result in higher shelf prices, says Nestlé’s Eccles, because “the space may not be given by retailers to the range of the breakfast cereals that are available”.

Take away the ability to promote for even a small selection of bestselling brands, he argues, and “they will just become more expensive”.