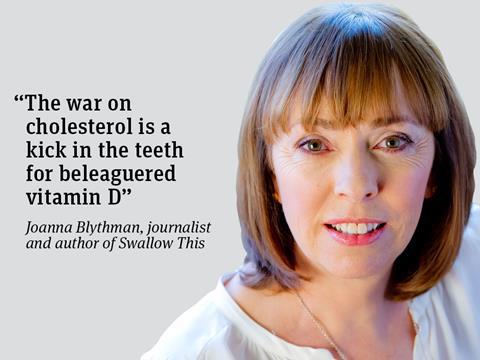 For years I have taken 25mcg of vitamin D3 daily in autumn and winter, defying adamant medics who dismiss supplements as quackery. Now, after a five-year review, PHE has belatedly decided everyone over the age of one should consider taking a daily supplement of vitamin D in the darker months. That’s only what on-the-ball health food stores and complementary medicine practitioners have advised for years.

Every little helps prevent deficiency, but the UK’s suggested level of 10mcg of vitamin D looks inadequate. The official recommendation in Germany, for instance, is twice this amount, and it’s widely accepted that doses up to 100mcg are toxicologically safe. Unfortunately the pharmaceutical industry-led narrative that higher dose food supplements constitute a grave risk to life and limb has a habit of blocking rational discussion on this topic.

Now that our oily fish consumption isn’t what it once was, PHE correctly points out that it’s hard to get sufficient vitamin D from dietary sources. Yet, ironically, its Eatwell guidance encourages us to restrict our consumption of key foods that provide it: cheese, butter and red meat.

And while public health gurus have eventually warmed to sunlight exposure as the best way to build up vitamin D reserves, they have failed to flag up that our bodies require cholesterol to do so. Vitamin D is made when sunlight synthesises cholesterol in skin membranes, but this is an inconvenient truth for the dietetic establishment, which has long evangelised the doctrine of cholesterol reduction.

This dangerously simplistic account of cholesterol is now embedded in the public consciousness. Although the government has withdrawn its previous advice to restrict consumption of eggs (a good source of vitamin D), and accepted that the cholesterol we eat has no direct bearing on our blood cholesterol, your average citizen still believes it’s best to avoid cholesterol-containing foods. My GP’s surgery has an ad for cholesterol-lowering margarine on the wall. Statins (cholesterol-lowering drugs) are dispensed liberally to the over-60s. This war on cholesterol is a kick in the teeth for beleaguered vitamin D.