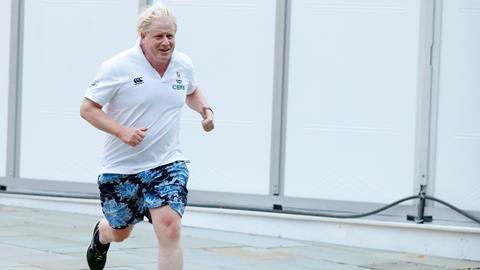 What does Boris Johnson’s obesity plan mean for the food and drink industry?

After weeks of speculation, Boris Johnson’s new war on obesity was finally revealed this week. The Grocer looks at the key questions facing the industry.

Will the government really stop ALL in-store HFSS promotions?

The government has said it will ban all volume promotions on HFSS products (including bogofs) as well as banning displays in prominent locations such as checkout and aisle ends.

As justification for the tougher stance, the government’s obesity strategy points to figures from the consultation that claim 43% of all food and drink products located in prominent areas such as store entrances, checkouts and aisle ends are sugary, and less than 1% are fruit or vegetables.

“They are very clear it’s about volume and placement,” says Alison Tedstone, chief nutritionist at PHE.

But with ministers yet to respond to the initial consultation, campaigners and industry sources believe there is scope for the measures to be watered down. If not, the government could find itself in a bitter legal battle with the industry.

Meanwhile, a damning report last year by the Regulatory Policy Committee, an independent group of experts, sponsored by BEIS, said there were major flaws in the consultation. It said there was “limited evidence to support its calculations” and argued such a move “could hit the poorest shoppers hardest”.

One source of hope is that in its consultation the UK government also discussed options that would allow 20% of retailers’ sales to come from HFSS promotions, suggesting a compromise may not be impossible.

What impact will the watershed and online HFSS ad ban have on the industry?

Health campaigners hailed the decision to ban HFSS products on TV and online before 9pm as the biggest breakthrough since the sugar tax.

However, the government has gone much further than they, or the industry, expected, by also announcing plans for a total ban on HFSS advertising online. Both measures are due to come in by the end of 2022.

The strategy cites analysis by Cancer Research UK, first revealed in The Grocer, which showed almost half (47.6%) of all food adverts shown on ITV1, Channel 4, Channel 5 and Sky1 in September 2019 were for HFSS products. That figure rose to 60% between 6pm and 9pm.

The expansion of the watershed has been discussed for years, despite the £215m spent on HFSS food and drink before 9pm each year. But the online blackout was described by one advertiser source as a “bolt from the blue”.

“I don’t think I’m exaggerating in saying that nobody knew this was coming, including the DH. It’s as if Boris Johnson and Dominic Cummings have thrown in at the last moment,” the source tells The Grocer.

The implications of a total ban of HFSS ads online are huge, as are the practicalities of how the government could enforce such a ban without causing a commercial disaster for the companies advertising and the sites hosting their ads.

“We are talking about everything from local fish and chip shops on Facebook to supermarket stay-at-home meal deals,” says the source.

“It runs the whole gamut of HFSS and is a massive step further than anything that had been expected.”

Sue Eustace, director of public affairs at the Advertising Association, says: “The government’s own research has shown that a 9pm watershed ban on HFSS advertising will reduce a child’s calorie intake by a minuscule 1.7 calories per day – the equivalent of half a Smartie.”

However, campaigners pointed to research showing ad revenues across Transport for London rose by up to £1m after the introduction of Sadiq Khan’s junk food advertising ban.

Does this kill off plans to extend the sugar tax?

Despite speculation the soft drinks sugar levy could be extended to milk-based products, the matter is bypassed in the report with only a passing mention.

Yet health minister Helen Whately later said the extension of taxes to chocolate and other sweet foods was not being ruled out if sugar consumption fails to fall. And PHE insists expansion of the tax is still very much on the table.

Indeed, if sectors like confectionery thought they were out of the woods, this week’s publication of the National Food Strategy should make them think again. In it, author Henry Dimbleby slams what he calls the “rampant” misleading packaging of sugary products.

He later announced he was to commission research from the Institute for Fiscal Studies looking at how such taxes could be applied to new products and potentially even to whole new categories of nutrients, such as salt and fat.

Is it curtains for PHE’s voluntary reformulation programme?

Given only the most cursory of mentions in the strategy, doubts have grown over the future of PHE’s reformulation programme, which was a centrepiece of Theresa May’s original Childhood Obesity Plan.

Some believe the programme could end up going the same way as the now-defunct Responsibility Deal. Especially as even reformulated products may fall foul of the HFSS restrictions. “Manufacturers will see little point in introducing lower-sugar or lower-calorie variants of their products into a market in which it will not be possible to advertise or promote them to shoppers,” says Rycroft.

With the threat of a new version of a no-deal Brexit still looming, it is possible the likes of the FDF may repeat their move of withdrawing co-operation from voluntary reformulation programmes, especially if suppliers are being banned from the promotional shelves by their thousands.

However, PHE boss Tedstone insists the delays to the reformulation programme are temporary, and a progress report on sugar reduction is being “finalised”. Talks with industry on calorie and salt reduction are also due to result in new targets this year, she says.

“If you want to achieve results, then things like promotions restrictions, ad restrictions, reformulation and sugar taxes all link together,” says Tedstone.

Indeed, if, as many expect, the sugar report shows the industry has widely failed to hit its 20% reduction targets this year, it could even act as the launch pad for new taxes.

Meanwhile, Action on Sugar campaign director Katharine Jenner says the strategy has “missed an opportunity” to make targets for reformulation mandatory. For her, that means they will never succeed.