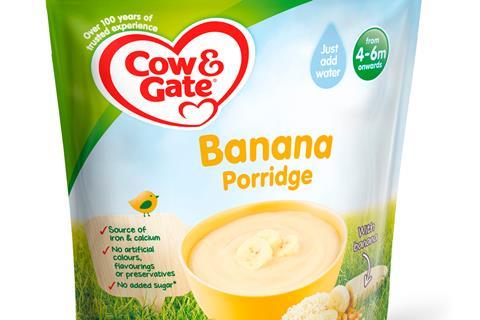 The updates SKUs all have resealable packs

Cow & Gate Baby Foods has overhauled the recipes and packaging of nine of its early-stage cereal SKUs.

The Danone Early Life Nutrition brand has reformulated its stage one and two products, which it claims now contain an average of 45% less sugar per 100g.

The updated SKUs have been given resealable packaging. The stage two packaging has a transparent window to allow parents to see the texture and ingredients inside.

The updated range hits Morrisons and Sainsbury’s from 5 August.