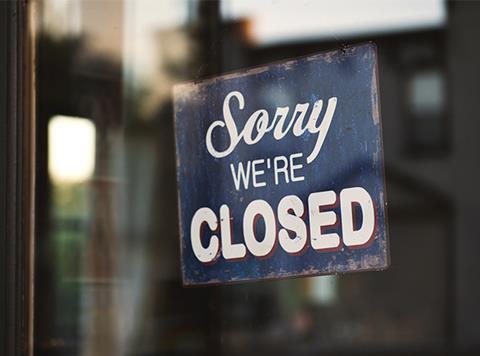 Without a digital tax or GSCOP supervision, suppliers going D2C may be the final nail in the coffin for retail stores

The consumer goods industry shake-up is affecting everyone, and its challenges are creating pressure forces in all directions. Discounters put pressure on supermarket retailers, online retailers put pressure on discounters, wholesalers are pressured by them both. To combat this, retailers large and small merge and diversify as best they can, but the lowest common denominator is to pressure the suppliers.

It’s fair to say it’s Amazon, not the discounters, holding the strongest hand with its business model. It most certainly has the platform of the future – digital. But add to that the advantageous taxation situation and it is playing on a ridiculously favourably stacked field. Ignoring Dave Lewis’ calls for a tax on digital retail, the referees have not even reached for their pockets.

Read more: Dave Lewis on why the business rates system has to change

And before you moan at me, my message to the ‘don’t criticise the disruptors’ brigade is to be careful what you wish for. Not only does this failure to act hamstring the government’s ability to collect taxes, it really does accelerate the demise of the retail format, discounters and supers alike. If nipping out to any shop is a valued part of your community interaction, just recognise that it’s on its way out on today’s landscape. For me, a 2% tax on digital retail wouldn’t go far enough. As Amazon is already now ramping up its cocktail of supplier pressure even before getting its seemingly inevitable monopoly, we now hear that the Groceries Code Adjudicator will not check them either. So suppliers have no pressure release valve… Or do they?

All this is driving suppliers to the one remaining escape: direct-to-consumer. Retailers were only ever a route to market, an inconvenience that suppliers would much rather do without, but the scale was worth the cost. Going direct to consumer was just too costly a decade ago, but now they are looking at it again. The saving is not just the retailer margin but also the shopper engagement budgets, which are all rising. Meanwhile, the operational barrier-costs of D2C are declining and suppliers are finally doing something about circumventing retailers rather than propping up their failing business models. It really is the ultimate way to disarm the threats and pressure from buyers who think suppliers need them. Nope, on the contrary. As D2C becomes an increasingly viable option beyond just the health & beauty category, it’s quite the opposite.

Remember the riddle: the person who makes it doesn’t use it, the person who buys it doesn’t want it and the person who uses it doesn’t care. What is it? No, it’s not retail stores, it’s a coffin. And without a digital retailer tax there’s another nail in it for bricks-and-mortar retailers. Without GSCOP supervision of Amazon there’s a second. Suppliers going direct-to-consumer may well be the final one, and may make Amazon think again too.