Bad Brownie links with Pret and plans own cafés 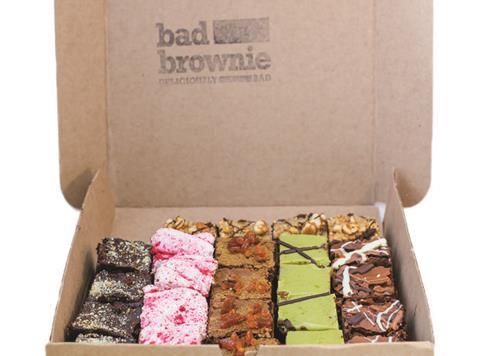 Gourmet brownie maker Bad Brownie has set out ambitious expansion plans to sell its products in food-to-go chains and open its own café.

The luxury brand has begun selling its brownies as an own-label product in selected Pret A Manger stores, as part of a trial that could result in a major supply deal.

Co-founder Paz Sarmah said he was also looking to open a branded dessert café in central London within the next 12 months.

The café will sell its traditional brownies alongside desserts such as brownie sundaes, and Sarmah revealed he was in talks with a “high quality” coffee brand to provide beverages.

Soho is the target location for the first café, and Sarmah said he would be keen to take the concept out to more suburban areas such as Richmond in the future.

Currently, Bad Brownie derives most of its income from selling online - both on its own site and AmazonFresh - and setting up stalls at food festivals and markets.

Sarmah said he was keen to generate additional sources of revenue.

“We need to be diversifying beyond markets,” he said. “It’s been a challenging journey to get there but I think it’s really starting to pay off so the next 12 months will be very exciting.”