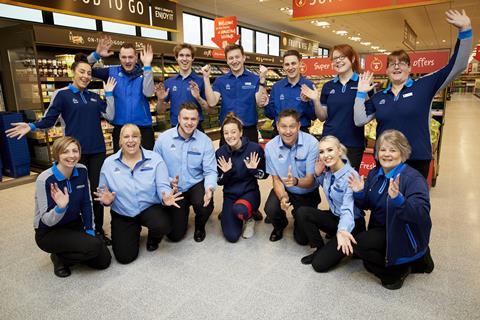 Aldi UK is creating over 2,000 new jobs in the run-up to Christmas to support plans to open more than one store a week this year.

Most of the available roles will be for store assistants, store apprentices, caretakers and cleaners as well as managerial positions.

Aldi’s CEO Giles Hurley said he was “unbelievably proud” of the work the company’s employees had done over the past year.

“As we continue to invest in new stores, bringing unbeatable Aldi prices to millions of customers, we’re looking for thousands more colleagues to join our incredible teams across the country,” he said.

“I look forward to welcoming each and every one of them in the future.”

The retailer is currently recruiting for 900 jobs across its 13 regional DCs in addition to 175 new roles at its head office in Atherstone, Warwickshire.

It is also in the process of bringing in 80 new graduates to join its next graduate scheme intake, which starts in September.

Aldi is opening a series of new stores in cities throughout the country, including in Canterbury, Swansea and London.

The company is currently amidst a store network expansion plan that struggled with delays due to the pandemic and Brexit.

Last year, it opened 37 stores across the country – missing its annual target of 50 new stores.