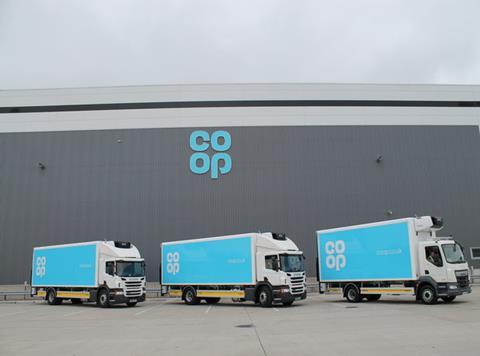 A union dispute over the dismissal of two disabled Co-op workers is threatening to disrupt Christmas deliveries to 650 stores in London and the south east.

Unite’s 345 drivers at the Co-op Thurrock distribution centre, where the workers were based, will vote on whether to take full-scale industrial action by next Thursday.

Unite said the two members were “sacked for being disabled” by Co-op bosses in Thurrock and had now lost their appeals against dismissal. The union said a third member was potentially “facing a similar fate”.

Unite regional officer Paul Travers said: “Our members are furious at the treatment meted out to these two colleagues by a hard-hearted management.

“The Co-op makes much song-and-dance about being an ethical employer, but here we have two workers with disabilities, who have worked for many years in the same role, being sacked.

Travers claimed the Co-op had refused to go through conciliation service Acas, and warned industrial action could result in “subsequent loss of business” over the Christmas trading period.

“We can only assume the Co-op is not confident that the unfair dismissal of these members because they are disabled will stand up to the forensic scrutiny of neutral organisations,” he said.

“It is about time the bosses practised what they preached in terms of ethical and corporate responsibility and governance, and sat down and resolved this issue.”

A Co-op spokesman said: “This is a very difficult case for all involved. It’s clear these colleagues are unable to fulfil their full roles and we’ve worked with them over time to adjust their duties within that role to meet their needs.

“Unfortunately, those duties have diminished over time and the colleagues have been unable to undertake the remaining duties of a driver. We have looked across our distribution network, wider food business and even in other Co-op businesses for work opportunities that these colleagues could undertake, but unfortunately there is nothing suitable. It is not appropriate to make redundancy payments to colleagues whose roles are not redundant, in fact they are very much needed. Unite’s threats of industrial action unless redundancy payments are made are therefore very unhelpful and misleading.”