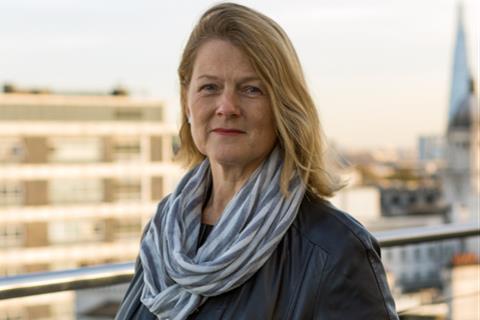 The government has begun the search for a new Groceries Code Adjudicator to replace Christine Tacon, who is due to step down in June, amid fears the role is to be downgraded.

The Department for Business, Energy and Industrial Strategy (BEIS) said it wanted a candidate with “strong ambassadorial and advocacy skills that inspire stakeholders including the media, government, business sectors, retailers, suppliers and consumers.”

Tacon’s replacement is in line to pick up a full-time equivalent salary of between £125,000 to £135,000. However, the job advert says the role will require the replacement to work two or three days a week.

Tacon currently does three days a week in the role.

One source said they feared the role could be “diluted”, despite there having been repeated calls for the role to be expanded.

Vicki Hird, co-ordinator of the Groceries Code Adjudicator Network, said: “With a bigger remit (13 designated retailers, more than the original 10) and with a legal structure meaning the Adjudicator needs to sign everything off personally - leading to investigations taking so long - surely an Adjudicator should be full time?”

Tacon has been one of the most high-profile figures in grocery since the position was established in 2013, having conducted official investigations into Tesco and the Co-op during her time in the role so far. Former MD of Co-operative Farms, Tacon picked up a salary of £69,000 a year, having previously held senior roles with Mars Confectionery, Vodafone and Anchor Foods.

Tacon has urged the government not to ditch her “collaborative” approach to tackling retailer-supplier disputes.

In her response to a statutory review of the role by BEIS in the summer, she produced written support from supermarkets and food and drink companies.

Her practical approach had transformed relations “beyond recognition”, she claimed.

However, Tacon has faced stinging criticism from the BEIS committee in the House of Commons, with MPs accusing her of trying to duck out of taking on new powers to tackle suppliers and questioned why she had not been more proactive on issues such as the proposed Sainsbury’s-Asda merger.

When she announced her decision to step down in June next year, Tacon also sparked controversy by announcing a new approach for her last year. Instead of probing key issues for suppliers, she said she would seek to move a more self-regulatory system.

However, Tacon has said on many occasions the role of Adjudicator would have been very different if it had gone to a “retired judge”.

“The GCA is a high-profile and key appointment,” says BEIS in its job advertisement in The Times.

“The successful candidate must be able to demonstrate the ability to oversee investigations in a commercial environment, have strong negotiation and arbitration or mediation skills and an understanding of the groceries supply chain.

It added: “This role will offer significant personal and professional challenges and will carry considerable influence and profile. We welcome applications from people of all walks of life who can passionately drive this important agenda.”