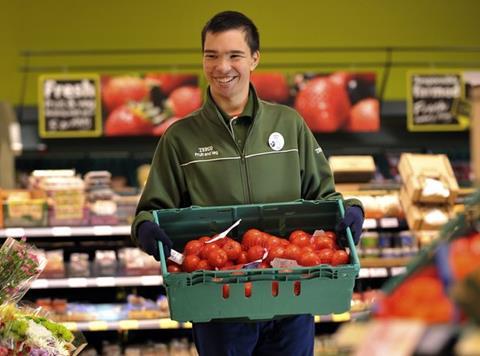 Supermarket staff have been left reeling this week, as retailers announced thousands of job cuts and reductions to pension entitlements.

In a move it claimed would improve efficiency and give line managers clearer accountability, the supermarket giant is doing away with the roles of people manager and compliance manager, each affecting about 700 of its biggest stores.

Tesco, which is also scrapping the role of customer experience manager at its 226 largest Extra stores, said it would try to find alternative roles for affected staff.

“These changes remove complexity and will deliver a simpler, more helpful experience for colleagues and customers,” said Matt Davies, Tesco UK and ROI CEO. “We recognise these are difficult changes to make but they are necessary to ensure our business remains competitive and set up for the future.”

The next day Sainsbury’s announced a major management restructure that will affect thousands of shopfloor roles, as, like Tesco, it seeks to strip further costs.

Sainsbury’s plans to axe the roles of deputy manager, department manager, team leader and store supervisor. Deputy managers are set to be replaced with a smaller number of operations managers. Other management roles are being combined under a new title of customer and trading manager.

“We’re proposing a store management structure that will deliver best in class leadership and, in many cases, will offer an improved reward package for new management roles,” said Sainsbury’s retail and operations director Simon Roberts.

Also this week, proposed pension cuts by Asda were slammed as “unfair, unreasonable and unnecessary” by union leaders.

The retailer is running a 60-day consultation on changes to its pension scheme. Under the proposals Asda would no longer match staff pension contributions, with plans to make staff make up more than half of their pension through contributions.

The death in service provision proposed would reduce from four times pay to one times pay for all staff.

The GMB union has threatened to go to court to stop the changes.

An Asda spokesman said: “We are currently consulting with our colleagues on proposals to amend our pensions scheme. We are taking all comments on these proposals seriously.”