Palcohol: will US powdered alcohol face PR minefield in UK? 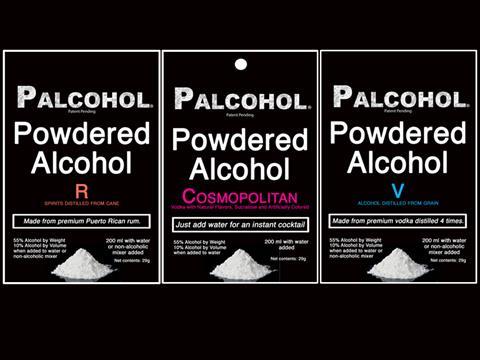 Powdered alcohol. It sounds like something Nasa scientists might have dreamt up if they’d been willing to risk Neil Armstrong’s one small step being a bit on the wobbly side.

But it’s not a scientist’s fever dream. Developed under the brand name Palcohol, it was last week approved for sale in the US by the country’s Alcohol and Tobacco Tax and Trade Bureau, and its creators hope British retailers will eventually carry it on their shelves.

Though if they do, it may well be in the face of protests. Already, certain US states are reported to be looking to ban the product. Could Palcohol face such hurdles in the UK, and do British food and drink experts feel it has a role here?

In the UK, all alcohol sales are regulated under the Licensing Act 2003 and enforced by local authorities under Home Office guidance. The Home Office this week said that, should a business propose to sell a powdered alcohol here, it would then make a formal assessment of its legal position.

And the FSA says it would consider powdered alcohol a novel food under the Novel Food Regulations, and it would need to be authorised before it could be marketed.

As Palcohol owner Lipsmark learnt from outcries in the US - where fears included accessibility to children and even users snorting the powder - it could face a similar PR battle here.

“Palcohol would be very divisive as many consumers would not want it to be available,” suggests Vhari Russell of The Food Marketing Expert. “As a powder, it could be seen as more fun to the younger generation.”

Lipsmark this week told The Grocer it would work with the UK government to ensure the product meets all required standards. “The US government and even state governments are being much more cooperative once they understand the product and we expect the same to happen with UK officials.”

An important PR message is that Palcohol is not a concentrated product. A full 100g pouch, which measures four by six inches in size, needs to be mixed with 200g of water to make a drink with 10% abv.

Size could be one problem, says Mike Faers, MD of Food Innovation Solutions. “When you look at the pack size and effort required to give the equivalent of a single shot of vodka - and you still need the water - carrying a single shot bottle is simpler and less bulky.”

He adds Palcohol will face a challenge in identifying occasions for use in the UK: “We are never far from a pub or shop so I struggle to see, other than novelty, why you’d buy it.”

Lipsmark suggests powdered alcohol has many applications, and food developers feel it could be an interesting ingredient, including using it to make adult ice cream.

“There are many uses in the food industry as an ingredient, but technical and sensory quality would need to be established first,” says Susan Pieterse, founder of the Food Business Development Company.

But Fiona Esom, business development director of trade marketing company Product Chain, says she would not want to work with powdered alcohol. “I think this is a case of capability looking for a market - just because you can doesn’t mean you should.”