Aldi support for NFU fruit and veg pledge is sassy 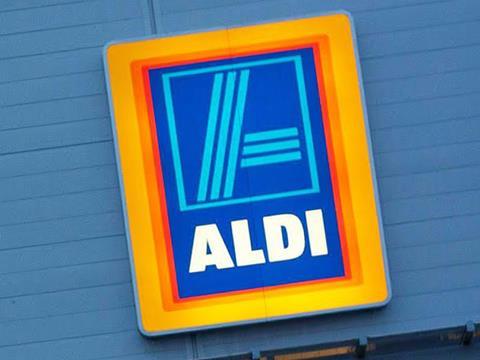 Sir: Aldi’s support of the NFU’s fruit and veg pledge (18 July, p67) is to be applauded. For a discounter to take an initiative at their expense, which is seen to contribute to both suppliers and consumers, is a marvellous catalyst for obvious, positive PR, but it goes further than that. The association brings echoes of Britishness and quality, which the European, price-driven outlet would be hard pushed to find elsewhere, and subtly delivers them in a way that feels entirely appropriate. To present these cues while simultaneously providing genuine added value is a fantastic way of engaging customers and potentially building loyalty. The initiative brings to mind the 2014 ‘ugly fruit’ programme in France, where previously rejected fruit was sold at a discount, again benefiting both supplier and consumers. Making a contribution is often the best way to make a point.

Sir: This week, the CMA highlighted rule-breaking in-store promotional practice that is misleading consumers. However, even strait-laced deals can confuse. Our own research has shown that if consumers do not regularly purchase an item, they are unable to understand if a deal is good value or not. We showed shoppers the cost of three keenly priced items and asked them to rate these items from very good to very poor value; 53% of category purchasers thought the products were good value compared with 22% of non-buyers. Retailers should tailor their value messaging to each customer, ensuring only deals that fall into their most purchased items are communicated. Waitrose, for example, is feeling the benefits of a more personal approach, recently posting a 2.4% rise in sales following the launch of Pick Your Own Offers. Allowing consumers to personalise their own deals in an easily understandable way pays dividends, those that do not consider a targeted approach risk being left behind.

Sir: The Budget proposals to relax Sunday trading laws could pose serious problems for retailers from a property perspective. A well drafted lease will allow a retailer’s landlord to extend the permitted trading hours of a property on giving the retailer notice. This right to extend trading hours when coupled with any relaxation of Sunday trading laws could hit retailers’ own budgets in at least three ways. Firstly, a lease permitting extended trading hours may be more valuable and result in higher rents following a rent review. While the retailer would have factored in a rent review, they may not have budgeted for longer Sunday trading hours and the resulting hike in rental value. Secondly, retailers with turnover rent leases, popular in shopping centres and arcades, could face a double whammy where the base rent rises as a result of a rent review and the turnover rent also rises due to an increase in takings at the till during the longer hours. Thirdly, extended trading will lead to retailers facing a hike in charges for services provided by landlords, such as lighting, security or car parking, which will need to be extended to support the longer trading hours. Again, retailers may not have budgeted for this increase. So, if a retailer’s landlord elects to extend permitted trading hours in line with the proposed changes in the law, the implications for high street businesses could go far beyond the sales-based concerns already raised by industry groups.

We need more realism and a lot less hysteria in the on-going reaction to the Chancellor’s initiative.

Sir: The prospect of a multiplicity of opening times across the country, still less a “race to open 24 hours” is pure fantasy. The likely outcome is that supermarkets and other big retailers will press local authorities for an extra hour at either or both ends of the current six hour slot, depending on the local footfall. Some councils will concede this kind of increase and others won’t, at least at the outset.

That, of course, is the flaw in this initiative. The decision to support or oppose any change in the six hours will be a political one, regardless of consumer demand. Labour councils will probably resist any change, just as they and many Labour MPs did back in 1993 when the current law was enacted. John Hannett (The Grocer 18th July) praises the existing regime as ” great British compromise” no doubt hoping we have all forgotten how USDAW fought to the end against it.

Your recent poll, however, clearly suggests that a big majority of shoppers think change is overdue, albeit that some have doubts about the wisdom of devolving it to partisan local bodies.

We all know that shopping habits have changed over the past twenty years in a way which supports and indeed demands more flexibility in opening hours. While the best solution would be to de-regulate completely, allowing retailers to decide their own hours in line with local demand, the present initiative, flawed as it is, may in time help us get there.

Sir: Sunday is no longer seen as a day of relaxation and rest but is now simply an additional day for our consumer driven nation to look for the right products and promotions.

The reality is shoppers have a growing appetite and busy lifestyles and people want to have the choice to shop for more than 6 hours. For a long time now people in the UK have used Sunday’s as they do Saturday’s - to carry out one of their favourite hobbies and pastimes, shopping. Unlike any nation in Western Europe, the UK is unique in that we like to shop, whilst other nations shop out of necessity, we in the UK like to make our retail therapy more of a sociable brand experience.

The shake up of trading laws is not surprising as sticking to traditional, some say outdated laws, links back to a consumer world that ultimately no longer is reflective of the UK’s lifestyle and desire to shop whenever they like.”

Sir: There has been much discussion around sugar, health and obesity over the last few days. Every day, people are bombarded with differing advice on what to eat and drink, which often leads to confusion. The challenge of tackling obesity is complex and, whilst helping people to be more aware of the calories they are consuming - whether through sugars or other types of ingredients - is important, focusing on one type of ingredient alone is not going to solve the issue. We believe people need to look at diet within the context of lifestyle, with the starting point being calories (energy) in and calories (energy) out.